FedEx (FDX) posted its fourth quarter results for fiscal 2016 on Tuesday afternoon. But despite a solid quarter, the delivery service giant’s shares are down nearly 4% late Wednesday morning. Here are 3 takeaways from FedEx’s report, which help explain the shares slip. 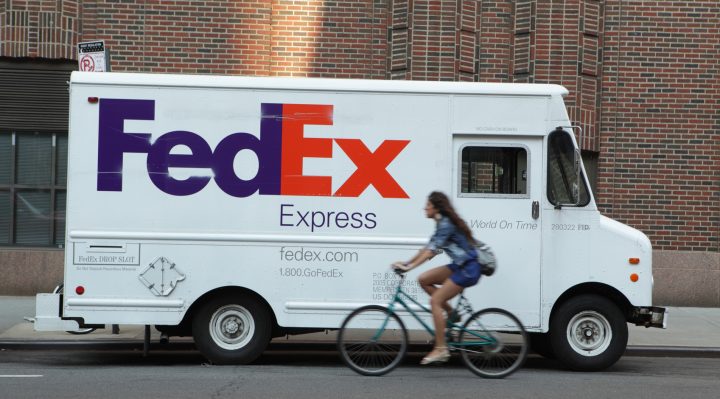 FedEx reported a modest loss of $0.26 per share. The loss was primarily driven by a pre-tax charge of $1.5 billion for changes to FedEx’s pension liability.

On an adjusted basis, however, the company fared well. Earnings per share climbed to $3.30 for the fourth quarter, an increase of 24% compared to the same period last year and slightly higher than analyst estimates of $3.28.

FedEx’s revenue climbed to $13 billion in the fourth quarter, higher than the $12.1 billion reported the previous year. Analysts were expecting revenue of $12.8 billion.

The revenue boost was largely driven by the company’s ground segment.

FedEx’s acquisition of TNT Express was the company’s biggest accomplishment in the quarter and for the entire year. The merger will improve FedEx’s position in several key markets around the world.

All of the company’s main segments performed well, with FedEx Express seeing the highest profit growth.

Last year, FedEx generated less than $1 billion of free cash flow due largely to its high capital expenditure. Its acquisition of TNT also put pressure on each side of the cash flow statement. It’s possible that the company’s cash flow could turn negative in fiscal year 2017.

If FedEx can smoothly integrate TNT Express into it is services, the company should be able to enjoy significant cost synergies and revenue over the next several years.