4 Things to Know in the Market Today

The U.K. votes on the Brexit referendum, markets are higher, oil’s future is uncertain and investors digest PMI data. Here are four things to know in the market today, June 23. 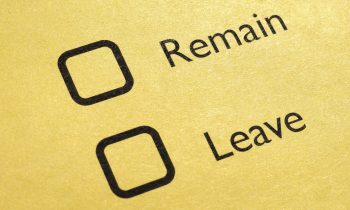 The United Kingdom votes on the controversial Brexit referendum today, with polls opening at 2 a.m. ET and closing at 5 p.m. ET.

Votes will be counted shortly after the polls close. Initial results will likely come in after 7 p.m. ET, with the full results likely to take several hours.

Markets are rallying ahead of the Brexit vote, with the MSCI Asia Pacific Index rising 0.8% overnight. Japan’s Topix index lead the gains, rising 1.1%.

The Stoxx 600 Index in Europe climbed higher for the fifth straight day, rising 1.6% in early morning trade. All 19 of the index’s industry groups are higher.

In morning trade, West Texas Intermediate was at $49.90 a barrel as a week of price fluctuations comes to a close. But oil’s future is still uncertain.

Saudi Arabia’s energy minister proclaims that the oil glut is over, which indicates that prices will rise over the long term. Echoing the energy minister’s claim, Norway’s central bank made the decision to backtrack on further easing as the price slump diminishes.

European banks, on the other hand, are scaling back on their oil exposure.

A host of PMI data is coming in. According to Markit Economics, a Purchasing Managers’ Index in the euro area for manufacturing and services dropped in May from 53.1 to 52.8. The reading missed economist estimates.

PMI manufacturing and services data from France was also lower, coming in below 50.

German composite PMI came in at 54.1, which was in line with estimates.