What We Know About the BA Flight Chaos So Far

Handling a public crisis through positive and forward-looking statements is an art. Alex Cruz, the British Airlines boss might need some time to learn the same. After 1,000 flights were disrupted, the BA boss asked the staffers not to talk publicly about the BA Flight Chaos. He even refused to answer questions about the disaster, posting videos on the company’s website and Twitter accounts to issue his statements. Many staffers believed that the message was a ‘veiled threat’ to them. 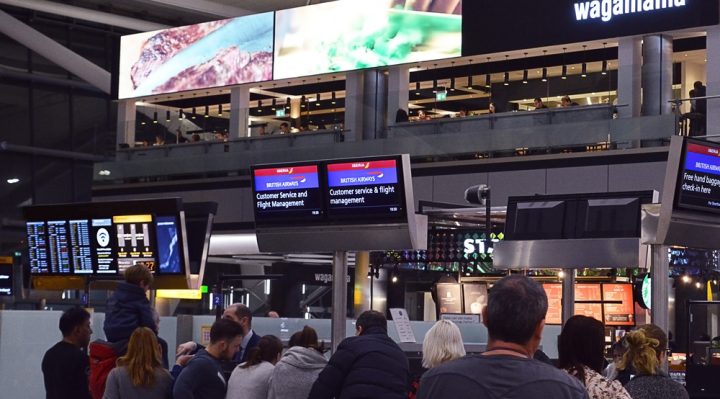 Is IT Outsourcing the Reason Behind the BA Flight Chaos?

Alex Cruz, the Spanish businessmen, was brought to lower costs of the company. He did so by cutting down 700 jobs of its British computer department. The IT services offered by the staffers were then outsourced to India. While cutting costs by reducing jobs and outsourcing, he was compensated a whopping 830,000 pounds.

The problems, as reported by a passenger, occurred in the system that manages which passengers and luggage go on which aircraft. The official statement of the British Airways suggests that the global IT failure could be rooted to a power-supply issue. Hundreds of thousands of passengers were left stranded at Gatwick and Heathrow airports due to the problem.

The system failure occurred on a bank holiday weekend which worsened the problem as airports became congested. The company has denied the possibility of a cyberattack. However, it mentioned that all its systems- including operational and check-in systems, had been affected because of the meltdown.

Cruz’s move to outsourcing was heavily criticized as GMB union claimed that the ouster of ‘loyal staffers’ was wrong. They also claimed that cost cutting was behind this major problem.

The 51-year-old ran Vuelling airlines with extreme cost cutting measures- which included offering tap water and banning paper towels from washrooms. As he joined BA, he continued his penny-pinching practices. He first did away with free meals and then added extra seats to book more profits. Customers have been complaining about these measures since long. Many believe that the elegant British Airways is now focused only on quick profit generation.

Cruz’s unconventional and controversial handling of the situation, especially the instructions he issued to staffers can be debated. He said that if staffers cannot volunteer to help passengers, they must refrain from live commentary. His tone has raised a few eyebrows while the IT systems are being patched to resume work. The company could end up paying 150 million pounds in damages- notwithstanding the cost-cutting efforts by Cruz.

← The 4 Best Performing Stocks Over the Last 30 Days You Need to Know About Lenovo Group Stock Down 0.61% on Restructuring Plans →