The US Dollar was lower in this morning’s Asian trading session, falling on news that the US Budget Deficit reached $90 billion last month.  The unexpected US Budget Deficit far exceeded market forecasts for a $35 billion deficit. The figure represents a serious decline from last year’s $6 billion surplus at the same point in 2016. Helping push market sentiment and the US dollar lower, was mixed US Producer Price Inflation data and news that US jobless claims fell by 3,000 to 247,000 last week. 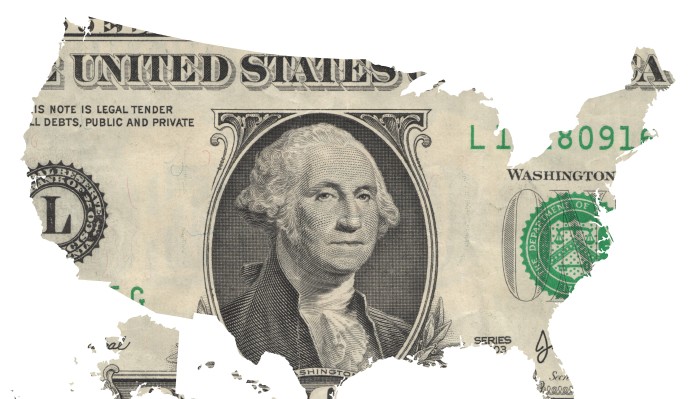 The U.S. Department of Labor reported on Thursday that the number of individuals filing for initial jobless benefits in the week ending July 8th fell by 3,000 to a seasonally adjusted 247,000 from the week before’s revised total of 250,000. Although the figure is consistent with a growing economy, the figures fell a little short of market expectations. Analysts had expected jobless claims to decline by 5,000 to 245,000 last week.

The unexpected leap  in the US Budget Deficit sent the greenback down in most major pairings. The USD is down 0.19% against the EUR, down 0.16% against the GBP and down 0.10% against the JPY.

← 3 Reasons Why Paul Singer Is Not Happy with Buffett’s Bid for Oncor Electric Will Net Neutrality Change How Businesses Work Forever? →