This Wednesday Starbucks announced its goal of hiring 240,000 employees worldwide by the year 2021. According to the reports the company is prepared to open 3,400 outlets in America by the same year and create 68,000 jobs for the Americans alone. The company is now ready to broaden its wings by having specific programs designed for teens and for the veterans. 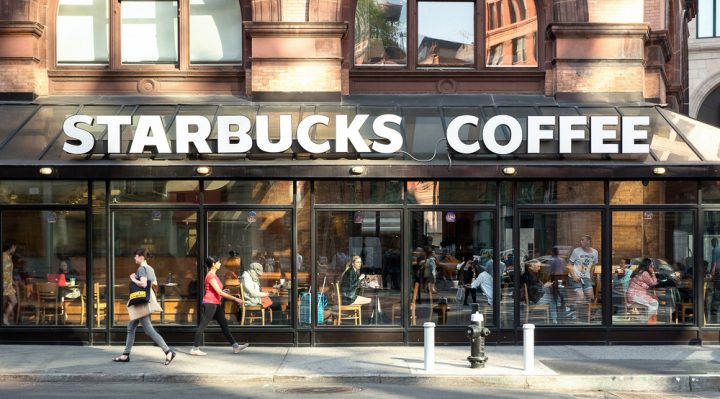 Plans for the Future

The company has extended its goals after reaching the pre-set landmark of employing 10,000 veterans and their spouses by 2018. It’s now focusing on hiring 25,000 such individuals by the year 2025. The CEO of the company Howard Schultz was proud of the fact that the leadership abilities of the veterans provided them advantage over its competitors. His words reflected how glad he was due to their presence as he stated “We are better because of them”.

Starbucks has also announced to expand the operation of its much-hyped store for the family of military personals. In comparison to the 32 working stores right now they are hoping to open 68 more stores in the span of five years.

On the other hand, the company is also focusing to utilize young energy as it has already surpassed its goal of hiring 10,000 young individuals by a staggering number of 40,000.  Schultz said “All they are looking for is someone to open a door and to view them on their own merit.” They are open to give youngsters their first job experience to provide them a platform to start their career.

Starbucks Giving Back to the World

Starbucks has joined the #WithRefugees campaign (IRC) on a global level to ensure that they reach every individual under the Refugee Agency of UN and Tent partnership of Refugees. It is looking upon refugees as potential employees and wants to hire 10,000 of them by the year 2022.  The global company  has been clear about their ethical role and according to them they have turned down profits to help the needy.

The company faced criticism for allowing refugees to take jobs that could have been filled by Americans, but the company revealed that all the jobs given to them won’t be placed inside America. The company claims to hire veterans and Americans first to fill the job requirements inside the country.

Schultz was honoured with a standing ovation in his last meeting with the shareholders as the CEO of the company. Schultz would be succeeded by Kevin Johnson on 3rd April, who is expected to move the legacy of profit and goodwill further.