3 Reasons Why Crude Oil is Declining

We saw a fall in crude oil to its lowest mark in nearly four months. Oil has been seeing a decline in its rates since last year and it does not seem likely that we will see a rise in 2017. There have been many factors working together to ensure the prices do not swell and instead of the efforts of the OPEC countries, we are not able see a change in oil’s fate. 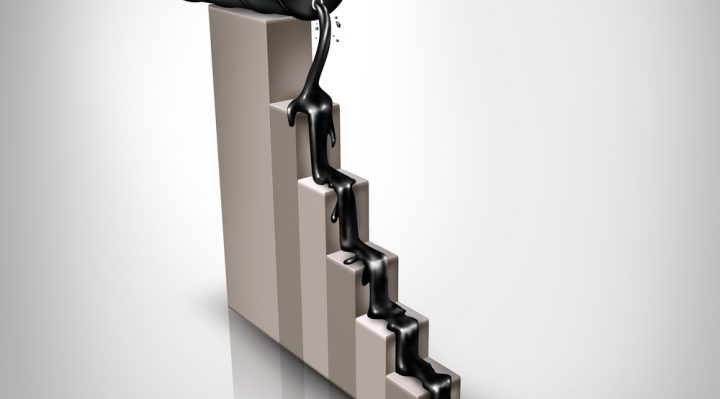 Here are the three reasons behind the price fall:

With the American inventories producing inland oil on high scale, the prices of oil cannot go high. It’s a matter of fact that shortage of supply gives way to a hike in price, but oil prices have met a hindrance named shale oiling. America is producing more shale oil than ever and as the supply increases, prices will naturally fall. The OPEC countries tried to stabilize the price by cutting short their supply but the Americans saw a dramatic increase in their oil production. It the biggest reason oil price has dropped below the mark of $50 a barrel and refuses to go higher.

Chip Hodge (John Hancock) said “Given where inventories are and the rise in the U.S. drilling, there’s no impetus to move prices higher.” As long as America has shale oil, the oil prices will not rise. It helped in shattering oil economies of the OPEC in 2014 and it is currently making them suffer even more as the country has been drilling 9.3 billion barrels of oil in a single day.

The Dollar has witnessed an all-time high in comparison to the euro. The dollar index has seen an appreciation and thus, oil prices have fallen further down. In case dollar becomes stronger, the value of every commodity turns down further. Commodity prices in the global market are measured in dollar and each time it gets strong they tend to fall.  We can take the example of 2014 when the same happened. The impact will be more severe now.

A Decline in Demand

The world has seen a decline in oil demand recently. China is the largest importer of oil and its devalued currency does not allow it to import the same amount of oil it used to buy. In fact, the Chinese economy will be going through a period of setback this year, because of which demand will decline further. Developing economies around the globe are moving towards stagnation and Brexit will impact the entire European Union, leaving lesser chances for demand to go up.

These three factors combined are stopping oil prices from going north, even after a 90% compliance by OPEC nations to cut their oil production and raise prices. Experts suggest that trends won’t change soon.