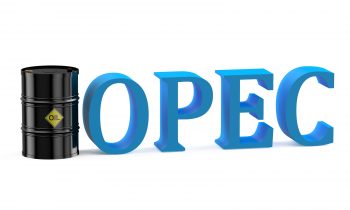 Doubts over OPEC’s ability to reach a production cut agreement with members and non-members have risen. A Reuters poll found that 35 analysts had the average price of oil in 2016 and 2017 mixed.

Poll participants had the average price per barrel up from $44.74 a barrel to $44.78 per barrel when compared to the same poll last month. Prices in 2017 were forecasted downward from $57.28 to $57.08, as doubts over a production cut remain.

A formal meeting of OPEC and non-OPEC members is slated for November 30. Iran, Iraq, Libya and Nigeria have asked to be exempt from an oil production cut.

News of a meeting over the weekend led to discord among OPEC and non-OPEC members. Non-members didn’t agree to cut production at the meeting. The two sides agreed to meet again on November 30 to discuss the matter further.

Iraq has requested to be exempt from production cuts due to the country being reliant on the resource. The country is fighting off the Islamic State and needs the revenue from oil, which accounts for 90% of the country’s revenue, to fund combat missions.

General Electric (GE) announced on Monday that the company will merge its oil and gas businesses with Baker Hughes (BHI).

Baker Hughes was poised to merge with Haliburton six months ago before the deal collapsed over regulatory issues in the United States.

GE is in the midst of refocusing the company’s efforts on digital technology solutions. The company sold its appliance business and reduced their Capital division. The company further announced that they’re in discussions with potential buyers to sell their water products business.

The combined companies will have revenue of $32 billion. Shareholders of Baker Hughes will receive a special, one-time dividend of $17.50 per share.

Opteck, a trading platform that offers CFDs, stated, “The move by GE is a bet that the company will be better able to compete with larger players in the oilfield services industry.”

GE has spent $10 billion in recent years to expand its oil and gas business.