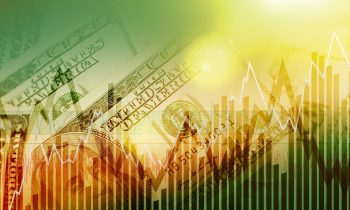 Upbeat economic data helped the yen regain ground on Monday in Asia, while the dollar rebounded after earlier losses ahead of the Federal Reserve’s monetary policy meeting this week. The euro remained weaker, and the Aussie held steady.

The dollar was down 0.01% against the yen, trading at 104.72, after new data revealed industrial production in Japan for October was unchanged from September. Economists had projected a 1.5% decline. Production was up by 1.3% in August.

Retail sales were in line with projections, falling 1.9% year-on-year.

While the dollar rebounded on Monday, it remained below recent multi-month highs. Sentiment on the dollar waned as fresh controversy narrowed the gap between presidential candidates in the U.S.

“The market has viewed a Hillary Clinton presidency as a positive for the dollar,” said a representative of Opteck, an online trading platform for forex and contracts for difference (CFDs). “A Donald Trump presidency brings about uncertainties, so a tighter gap in the race is weighing on the dollar.”

The greenback was weaker at the close of the week after the FBI said it was reviewing more emails related to Democratic nominee Hillary Clinton’s private email server.

Prior to the announcement, the dollar was stronger on better-than-expected economic growth in the third quarter. U.S. GDP for the quarter expanded at a 2.9% annual rate. Economists projected growth of 2.5%.

The upbeat GDP data supports the case for the Federal Reserve to raise rates at its December meeting. A rate increase would make the dollar more attractive to yield-seeking investors.

In Europe, the euro remained weaker after the release of lackluster economic growth data for the third quarter. Growth remained unchanged from the second quarter, and inflation was only slightly higher this month.

The GDP for the euro area expanded at a 1.6% rate, which was unchanged from the previous quarter. On a quarter-over-quarter basis, the economy grew by 0.3%.

The annual rate of inflation rose by 0.5% in October. Underlying inflation was up by 0.8%, which met expectations.

The Australian dollar, meanwhile, held steady against its U.S. counterpart, trading at 0.7602 in early afternoon.

Australia reported earlier that housing credit rose 0.5% for September, unchanged from August. Private sector credit was up 0.4% month-on-month, which was in line with expectations. With more mortgages being dispersed to owner-occupiers, investor housing credit is slowing.

The New Zealand dollar eased against the greenback, trading at 0.7144. The kiwi was hurt by new data that showed the ANZ business confidence index fell to 24.5 in October after a reading of 27.9 the previous month.