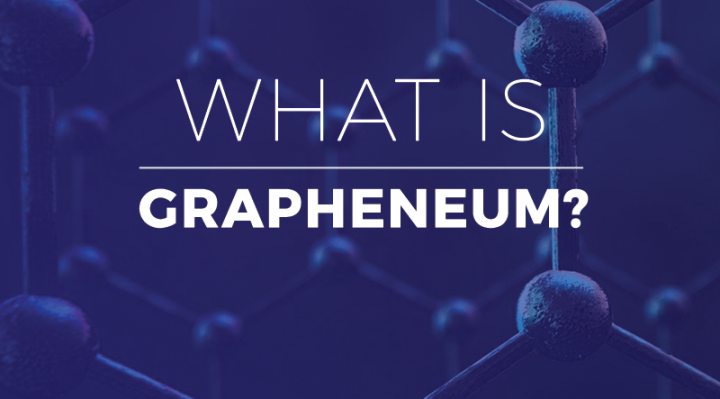 Grapheneum know the project that will revolutionize the technology of the future Have you ever heard of graphene? The graphene can be considered a material of multiple utilities, so or more revolutionary than plastic and silicon.

Basically, the graphene is a material consisting of an extremely thin layer of graphite, the same found in any common pencil used to write. The difference is that the graphene has ahexagonal structure whose individual atoms are distributed, generating a thin layer of carbon.

The graphene is 200 times tougher than steel, lighter and thinner (thickness of an atom) thatexists. To have an idea, 3 million layers of graphene stacked are only one millimeter tall.Other than that, it is transparent, elastic, can be immersed in liquid without rusting or damaging its composition and conducts electricity and heat better than any other component. Hence comes the revolution that material can bring, since it has much more qualities than plastic and silicon. The research with graphene began in 1947 by physicist Philip Russel Wallace, the first to discover and study, even in a rather limited way, the principles of the material. It became reality only in 1962 through the German chemists Ulrich Hofmann and Hanns-Peter Boehm, when the Boehm himself baptized the compound, result of the junction of the words “graphite” and the suffix “-eno “. Until then, the graphene was known only by the scientific community. But in 2004 this changed, thanks to scientists Konstantin Novoselov (Russian-British) and Andre Geim (Russian-Dutch), both from the University of Manchester, England. At the time, the two decided to test the potential of graphene as transistor, an alternative to silicon used in semiconductors. Geim and Novoselov continued their studies by improving the conductivity of the graphene, making it thinner until reaching believe-the thickness of an atom. Even though it was subjected to this process, the material maintained its structure and did not have its conductivity damaged. The discovery yielded to scientists, six years later, the Nobel Prize in Physics for the development of the graphene transistor and, from then on, the tests with the substance did not stop. Only in 2010, some 3,000 studies were published that prove the seemingly unlimited resources of the component. The graphene will change the world The graphene has been considered by some companies as one of the saviors of the future of technology. Why is that? Well, scientists have been unfolding to be able to develop ever smaller silicon circuits, a challenge that can become impossible to overcome within a short time.This is due to the fact that the smaller the work environments, the more unstable the electrons end up getting – behaving more or less like a drop of water falling on top of a superheated plate.And that’s where the graphene comes in. Many researchers believe that the  quantum properties of the material will allow the new circuits manufactured with it to be smaller and even more efficient.The graphene inspired scientists to think of a wide range of uses for material, in fields as varied as consumer science and environmental science.

In addition to its powerful electrical properties, the graphene is also highly flexible and transparent. This makes it perfect for use in portable electronics. Smart phones and tablets can become much more durable using graphene and perhaps can be folded as paper. Usable electronic devices have grown in popularity recently. With graphene, these devices can be made even more useful, designed to fit comfortably around limbs and bowing to accommodate exercise.

The graphene is highly conductive and transparent. As such, it has great potential as a material in solar cells. Normally, solar cells use silicon, which produces a charge when a photon hits the materials, releasing a free electron. Silicon only releases one electron per photon that hits it. The survey indicated that the graphene can release multiple electrons for each photon that reaches it. As such, the graphene could be much better at converting solar
energy, with a projected efficiency of 60% compared to the efficiency of approximately 25% of the current silicon cells.

Due to its high conductivity, the graphene can be used in semiconductors to considerably increase the speed with which the information travels. Recently, the Department of Energy conducted tests that demonstrated that semiconductor polymers conduct much faster electricity when placed on a layer of graphene than a layer of silicon.

Our goal is to contribute to the development of new technologies and to create a future where our planet is more sustainable and efficient in many sectors. We want to accelerate and be part of technological evolution, with the development of research for this incredible material, the graphene. There are several research with nano-chips, earphones, salt water filtration, touchscreen screens and bionic devices, aero spatial, naval, military, battery
development, electric car technology, solar plates, paddles and turbines Wind, vehicle fairings, paints, wellness and health, components and parts all derived from the graphene. Such experiments and studies influenced the creation of Grapheneum.

The platform counts on the system of votes and records based on the Blockchain of the project, the module will be available so that the members of the community can vote and indicate the surveys intended for the graphene. Transparently all searches can be consulted through the blockchain Records book. Members can also create their own incentive campaigns and use the votes to assign tokens to specific and multiple wallets by creating a smart contract.

← Have We Seen the Best Euro Exchange Rate We Are Going to Get in a While? Growth Network Solution – the high note collaborate with Buddha Huka to bring you the hottest cannabis infused item for 2018 →