Have We Seen the Best Euro Exchange Rate We Are Going to Get in a While? 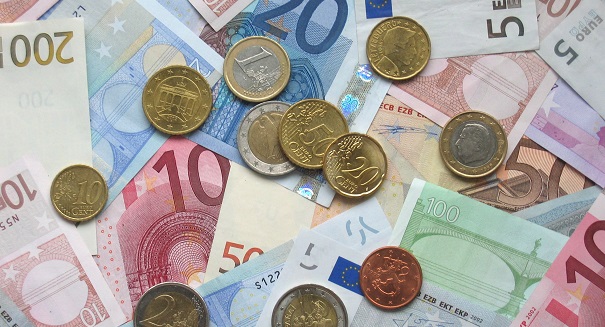 As we enter the last few days of the week, the EUR/USD is the best performing major currency. This follows six consecutive days of gains. However questions are being asked and investors are questioning whether or not awe have seen the best euro exchange rate we are going to see in a while. And here’s why:

Tomorrow sees the release of the eagerly anticipated Eurozone PMIs. The recent decline in German factory orders and industrial production could indicate a broader pullback in Germany’s manufacturing and service sector activity. Germany is the world’s fourth largest economy and runs the financial engine of the European Union project. Should there be negative results we could well see the Euro snap its winning streak as early as tomorrow.

Italy could play a part in a possible bearish run on the euro. There has been political turmoil in Italy for the last few months. The  most recent Italian coalition government has been clashing with the German government over economic policies. It is expected to announce a draft of their budget this coming October. The fear is that overspending on their budget will ruin their fiscal targets. This would add further pressure on the Italian bond market which has been seeing investors dump Italian bonds in worryingly high numbers.

The Trump factor cannot be ignored when talking about the Euro/dollar pairing. Much of today’s dollar decline was down to Trump’s heightened political problems. Like most Trump scandals, this probably won’t last and won’t have a long lasting effect on the US Dollar.

What’s Next for the Euro?

Without doubt, the Euro has been riding high recently, primarily due to cracks in the US economy, the world’s largest economy, causing weakness in the USD and boosting the single currency of the Eurozone, However, with interest raises ahead from the Fed, we can expect a rise in the Greenback, hitting the Euro. Political turmoil in Italy could be resolved, but the reality is that the clashes with Germany will continue for the foreseeable future at least, weakening the Euro. So have seen the best euro exchange rate for a while? quite possibly.

← Is a Franchise Right for You? 5 Franchising FAQs to Consider Grapheneum know the project that will revolutionize the technology of the future →