4 Reasons Why Trump Is Cracking Down on Steel Imports

Trump does not want foreign steel in the US, and he made it clear on Thursday, again. In an interview, Trump bashed countries like China who are ‘dumping steel’ in the US. Trump has been talking about not letting imported steel reach America, but the White House has not taken an action yet. Here are four reasons why Trump is cracking down on imports of steel. 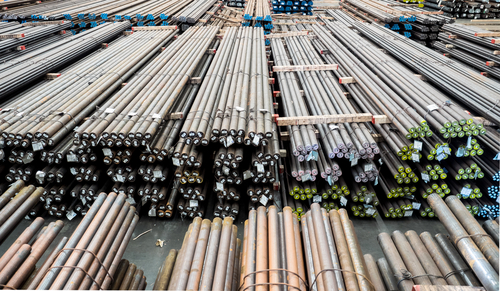 The White House believes that imported steel could be a threat to national security. It has launched an investigation into this matter, but nothing could be achieved. The administration has also begun a separate investing into aluminum imports as well. Many believe that such imports are making American production take a nosedive and dependent on other nations for steel needs. If the Commerce Department feels this way, Trump could levy steel tariffs on imports under a 1962 trade law (section 232) on the grounds of national security.

Trump believes that imported lower cost steel and aluminum are making it difficult for domestic firms to survive. Price is one of the primary motivators for the choice of foreign steel which is available on a larger scale at a cheaper cost. The Senate Finance Committee, upon a discussion with Wilbur Ross has suggested that the question is no more about whether Trump will implement a tariff. The question is about how severe the tariff could be. However, economists have rejected this idea, calling it ‘a big mistake’.

The domestic steel industry believes that foreign competition keeps them at a disadvantage as their prices are higher than foreign steel and aluminum. Due to this, American firms get ruled out in the market and even go out of business as they are unable to compete with the low prices foreign steel. Many other domestic industries have voiced their concerns regarding this tariff as their costs will increase indirectly.

Trump has attacked China throughout his presidential campaign. He has called the country a currency manipulator and went to loggerheads with the Chinese. In the recent steel import development too, China is being seen as the primary target. Trump previously backed out on his promise to label China a ‘currency manipulator’ formally after becoming President. If he fulfills this promise, he is calling retaliation and international trade disputes.

Note that the Commerce Department had to submit a report on their investigations by June end. We only know that the committee has singled out Canada, as the rest of the details are still under wraps. From the nations that supply steel to the US, only Canada is found ‘not dumping’ their steel in the US. Wilbur Ross, who is heading this investigation, gave vague answers on the public issue of the report.

“It will come out when it is ready to come out,” said Ross when asked when the report will be ready.

← Will Net Neutrality Change How Businesses Work Forever? Why All is Not Well in the US and China Dialogue →