The US Dollar hit a 6-month low against a basket of major currencies on Friday despite the release of strong US Jobs Data, which saw unemployment fall to a 10-year low. The unemployment rate in the US dropped to its lowest level since May 2007, falling to 4.4%, from March’s 4.5%. The world’s largest economy added 211,000 jobs in April, beating market expectations for an increase of 183,000.

Normally, the news of job surge in April would be Bullish for the greenback. However, the highly anticipated non-farm payrolls data failed to spark interest in the Dollar. Here’s why:

All investors are keeping one eye on the upcoming French election. Traders are backing the Euro ahead of Sunday’s French presidential election. In what promises to be a tight affair, investors are behind a Macron win. Macron is ahead in the polls against a dogged Le Pen and should Macron win, then the EU can breathe a sigh a of relief.  After the messy Brexit divorce, the EU needs pro-Europe Macron to win.

Pressure from the Euro sent the dollar to a fresh 6-month low against the single currency. By close of play, the Euro was down 0.14%, trading at 1.0998.

It Wasn’t Just the US Jobs That Caught the Eye

Friday was not a day for the faint hearted trader. Some sensible investors found refuge in the safe haven on gold, with the yellow metal closing up 0.03%. Normally, gold and the US dollar trade inversely to each other, so the falling USD made dollar-priced commodities more appealing. Oil closed up 2.17%, Copper up 1.02%, Silver up 0.47% and Natural Gas ended Friday up 2.82%. The fall in the US Dollar enabled the bargain hunters to snap up nicely priced positions in the commodity markets.

Stocks reacted better to the news that unemployment was at its lowest since November 2007. The more employed people there are, the more money there is to spend on goods The US is 70% consumer driven, so the news that more jobs than expected were created last month, sent stocks higher. The Dow closed up 0.26% and the Nasdaq up 0.41% as the prospect of increased money flow  fueled moves into the stock markets. 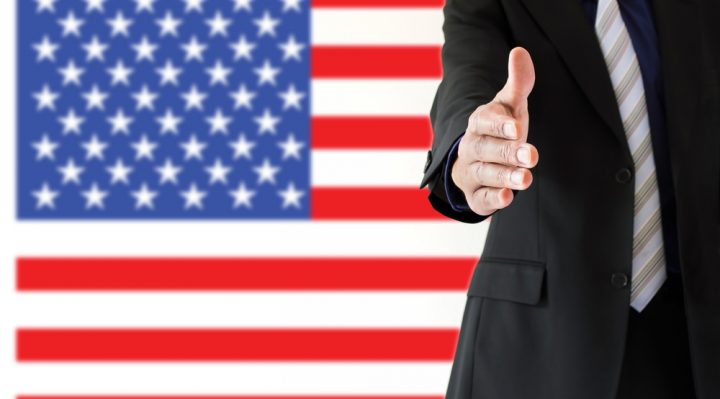 What’s Next for the US Dollar?

Without doubt, the US Jobs data caught us all by surprise. Once we have all digested the numbers over the weekend,  we can see good reason to get back into the US Dollar. The result of the French elections will dictate matters when markets reopen on Sunday. However, investors won’t ignore these dollar lows for long.  If the US economy continues to strengthen, then the dollar will follow suit.

← Apple Inc. NASDAQ: AAPL Dips 1.1% as iPhone Sales Cool. Is This the End of Apple? Supply Glut Continues to Weigh on Oil →