Investors and market experts have been speculating the next move of the European Central Bank. With the power to create headlines and wreck havoc on the world economy, ECB’s policy are closely monitored by analysts. The next policy moves by the ECB are still in the dark. However, a German director to the ECB is now hinting at a rate hike and even a possible sale of bonds by Europe’s premier bank. 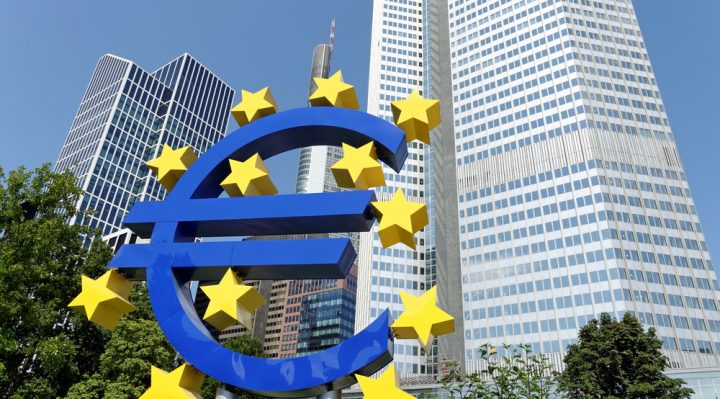 The economist Joachim Wuermeling  said on Friday that Germany has issues with the bank’s policy as the euro zone is witnessing the improving inflation numbers. He said that Germany is not happy with the ongoing easy and painless policies of the bank.

On the other hand, ECB has cleared its intention of buying new bonds till the end of 2017. It is also resilient on keeping the current rates to function throughout this year. The current rates are already at a record low with further drops likely if the bank’s policy remains unchanged.

Will it Really Change?

Wuermeling said “The forward guidance of the ECB council now presumes that interest rate hikes are currently to be expected at the earliest after the end of net monetary policy purchases. But here too, everything is in flux”

He also stated that it is possible that the ECB finds an option to increase their deposit rate before it makes a change in its plan of buying more bonds. He agreed with  Edwald Nowotny who stated that the bank will be increasing their charge on excess cash. However, if the experts are to be believed, the rate hike should not be expected till 2018.

He said that ECB might opt for liquidity absorption. If the ECB stimulates lending and floods the union with cash, it may sell various assets purchased after 2015. If such a step is being considered, the EU economies must prepare for the massive cash inflow.

Wuermeling states, “Liquidity absorption is also possible at any time. In principle, there is no prior operational or technical order for dialling back the various measures.”

We must wait for the APP (Asset Purchase Program) recalibration before speculating about a possible deposit facility rate hike. Moreover, we should keep in mind the response of Peter Praet who said that changing the policies of the bank is not being taken into consideration.