Walgreens Boots Alliance Inc. (NYSE:WBA) has ended their pursuit of Rite Aid Corp. (RAD), after the acquisition struggled to gain antitrust approval. The company will instead spend $5.18 billion to purchase half of Rite Aid’s current portfolio of stores. 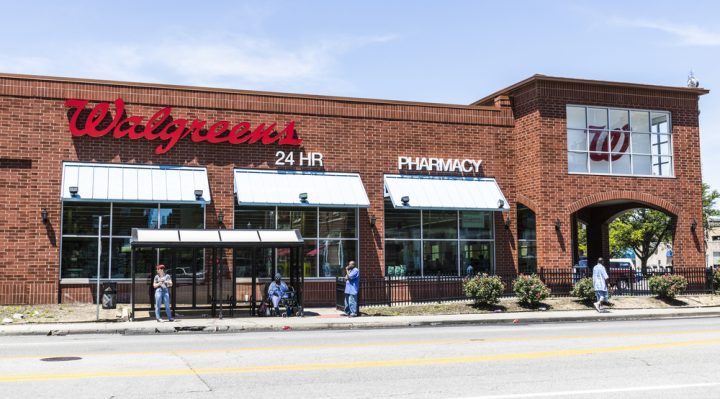 The company was also in talks to sell 1,200 Rite Aid stores to Fred’s Inc. (FRED), causing Fred’s shares to tumble 17.12% by late-morning trade. Walgreen’s stock is up 1% on the announcements, and Rite Aid’s stock is down over 25% on the news.

Regulators spent months discussing the potential $9.5 billion deal, stating that the merger between the number one and number three drug stores in the US would leave little room for competition. The antitrust scrutiny was the main factor in the deal being terminated.

Terms of the new deal will make it easier for Walgreens to acquire half of Rite Aid’s assets and is expected to pass through regulations much faster as a result. Rite Aid will still maintain their presence in some markets, allowing for less scrutiny from regulators.

The Federal Trade Commission states that they will review the new proposal.

According to the initial figures from the proposal, Walgreens will be paying $360,000 more per Rite Aid store, or $2.4 million per store under the new deal.  Walgreens expects that the new deal will be approved and closed within just six months. Following the approval, the company will begin buying the 2,186 Rite Aid stores.

Rite Aid currently has a 4,600-store portfolio, with a large portion of the stores in the Northeast, Southeast and Mid-Atlantic. The deal will also include three distribution centers located in Connecticut, South Carolina and Philadelphia.

The deal will help Rite Aid reduce their debt and assist them with their current profit margin issues.

Walgreens will need to pay Rite Aid a $325 million termination fee as per the contract between the companies and expects to save $400 million per year following the acquisition.