Blue Apron Holdings (NYSE:APRN) has slashed their valuation on Wednesday citing concerns from Amazon’s (AMZN) purchase of Whole Foods (WFM). The online meal-kit company, which will trade under the “APRN” ticker lowered its expected IPO from $15 – $17 to $10 – $11 a share. 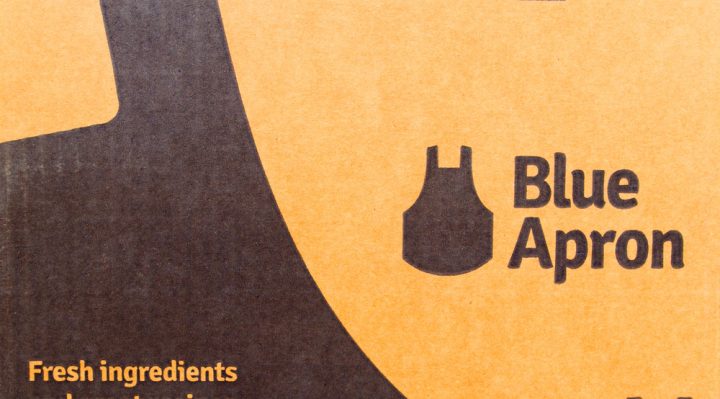 The new value pushes the company’s valuation from $3.2 billion to $2.08 billion.

The meal-kit company will need to compete with Amazon which has experimented with food delivery through their AmazonFresh service and has also experimented with meal kits in the past. The company delivers fresh ingredients along with recipes to subscribers to make cooking easier.

Blue Apron fears that the $13.7 billion acquisition of Whole Foods will allow Amazon to offer meal-kits with a 400 store distribution network.

Blue Apron has increased their marketing efforts and posted $795.4 million in revenue last year. The revenue increase, double that of the previous year, did little to help the company’s profits. This was because logistics and marketing costs increased pushing the company’s net loss to $54.9 million.

The company will sell 30 million Class A shares during their IPO according to the company’s regulatory filing on Wednesday.

The amount the company will raise from going public has also decreased from earlier targets of $510 million to $310 million following the 34% valuation cut. The lower valuation puts the company’s value below the 2.6 times net revenue average.

Blue Apron offers weekly boxes for two people at $59.94 per week. The boxes include ingredients for three meals.

The company’s slash in valuation makes the IPO more attractive to investors as Blue Apron’s net revenue increased 133% from March 2016 to March 2017. Blue Apron Holdings (NYSE:APRN) also boasts doubling its customer base to over 1 million people during the same time period.