TESLA: Run or Drive Away Quickly (But be Prepared for Regret) (NASDAQ: TSLA) May 2018 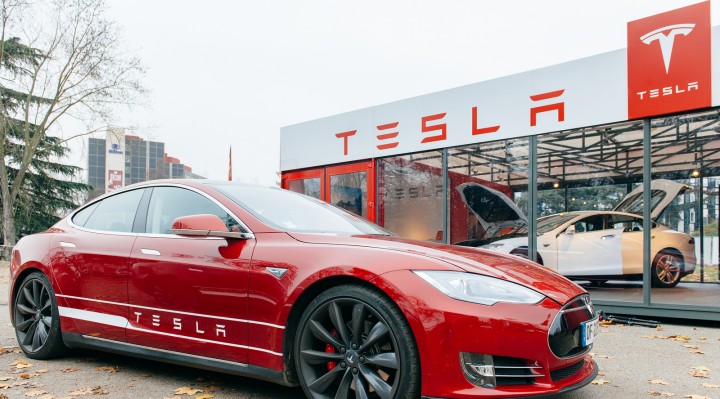 If it looks like a Car and drives like a Car, it is a Car. So has been said about Tesla yet, despite a hefty share price reduction (down about 30 percent from a closing high of $ 384 per share last June) still carries a market cap of $ 48 Billion! Yes it is absurd but it has been this way for a long time and may continue for a while before a great reckoning. Tesla has accumulated over $20 Billion in losses over the years; sold just 100,000 vehicles last year, are consistently falling behind their own projections and face cash shortfalls constantly. Add in the controversial acquisition of Solar City and, for any “Value Oriented” investor, it is a disaster waiting to happen.

For any fundamental analyst the true value of the company, as compared to other auto stocks is between $ 30 and $ 40 per share at best. It is truly a gravity defying phenomena that demands some kind of explanation. The explanation most often given is the tremendous, almost cult of personality attached to founder Elon Musk. His achievements truly are remarkable and his reputation explains a “fan base” but does not explain why so many funds and financial institutions are still holding or buying the stock at these levels.

Over the past 40 years or so Economic Theory has evolved from the long standing view about decision making being a fairly rational exercise, to one more nuanced, where regret and fear of loss are understood to play a much bigger role than previously thought. I was chatting with an Institutional Fund Manager recently who said that he was late getting into Tesla (about three years ago!) had made about 25 percent and got out. He went on to say that the return was absolutely secondary to him professionally. What mattered most is he could tell clients that he had made money on it but that it is a grossly overpriced bubble and would never go near it again. That he could say he made money on it was much more important than actually making money for his clients. He could not think of another example where he felt the same way in his entire career.

So this TESLSA is the slowest moving train wreck in recent memory. Most speculative bubbles last a few months or in the DOT COM case a couple years (it of course had many more moving parts). TESLA has been going on for eight years now with no end in sight. It has reached a critical mass of investor following that is sustaining the frenzy. We recommend staying well clear but don’t short sell it. Just keep in mind you won’t be able to avoid regret either way.