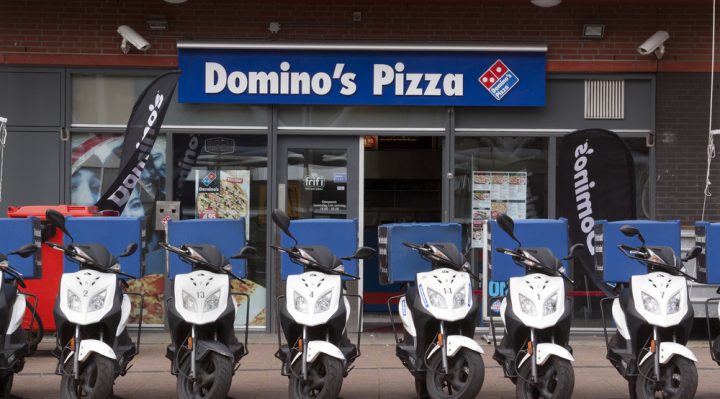 Digital wallets and advanced apps helped the company lure in new consumers that can pay and order their food quickly.

Company-owned stores experienced a 13.7% growth in revenue in the United States. Analysts pegged the company-owned store growth to be in the 10.5% range. Domestic franchise sales increased 12.1% on the quarter, beating expectations of a 10.3% rise in sales.

The company maintains a portfolio of 13,252 stores globally. Dominos increased its global presence by adding 1,110 outlets outside of the United States. The company added 171 stores during the quarter, too.

Shareholders will receive a $0.46 per share quarterly dividend paid on March 30, 2017. The dividend has increased 21.1% over the previous dividend. The company’s double digit sales growth marks two back-to-back years of double digit growth.

The company will hold a conference call at 10 a.m. on Tuesday to review its 2016 financial results.

Domino’s Pizza’s main competitor, Yum Brands Inc. (YUM), owner of Pizza Hut, posted a 4% drop in domestic same-store sales in the latest quarter. The pizza chain’s introduction of apps and digital wallets has allowed the company to attract new customers and make it easier for return customers to order.

The company’s share prices are up 39% over the trailing 12-month period.