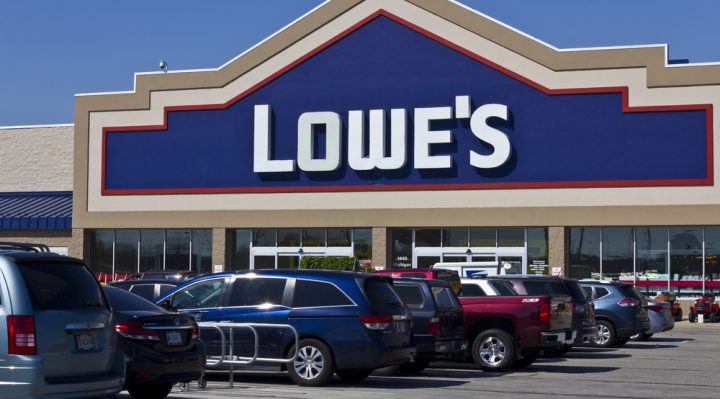 Homebuilding in the U.S. was up by 11.3% in December thanks to higher wages, an improving economy and a tightening labor market.

Home price gains also accelerated in the fourth quarter by 6.2%. A tightening job market is fueling demand for homes, but inventory remains limited. The number of existing homes for sale at the end of December declined by 6.3% to 1.65 million compared to the same period the previous year.

The company posted a 5.1% increase in comparable sales for the fourth quarter. The figure was a significant improvement over the 2.7% increase in the third quarter and the 2% gain in the second quarter.

While Lowe’s saw an improvement in the fourth quarter, the company is still lagging behind Home Depot (HD), its main rival. Lowe’s has been hurt by its focus on mainly DIY consumers and not professionals.

Home Depot posted a surprise 5.8% increase in sales at comparable stores in the holiday-quarter.

Lowe’s also forecasts comparable-store sales to increase by 3.5% in 2017.