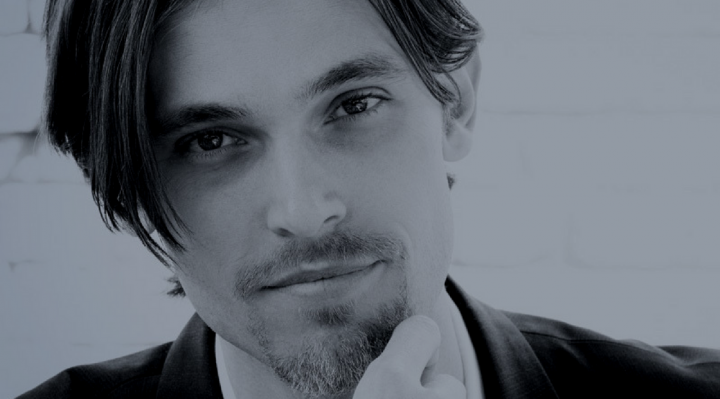 Change is hard to pin down. Sometimes, it seems to happen naturally. Other times, it’s elusive and confusing. Luckily, the business world isn’t much different …

Today’s business landscape is unpredictable. There’s times of massive grown, decline and seemingly long periods of stagnation. That being said, despite volatile swings, there are a few advances that have managed to weather the ups and downs.

Bitcoin was invented in October of 2008 as a peer-to-peer electronic cash system. The interest in this cryptocurrency, and others like it, has been all over the place since its founding. However, the technological underpinning of the cryptocurrency, blockchain, has only seemed to grow.

To learn more about the blockchain revolution and its applications, you must look to the best in the business. When it comes to this topic, there’s no one better to study than Sami Rusani, a long-term blockchain advocate, cryptocurrency fan and entrepreneur.

So, Sami, tell me a bit about yourself and what it is that you do, professionally.

“I was born and raised in Sweden, grew up in a small town and moved to Los Angeles 2005 to work in the music industry, as I was managing talent at the time.

My background is in sales, marketing, branding and PR, and I’ve worked on campaigns for several global brands. Now, I’m the Chief Revenue Officer at ShipChain, a software company that uses blockchain technology to disrupt one of the largest and oldest industries on this planet—the transport and logistics industry. My role entails leading the business development team and overseeing all revenue-generating activities.”

There’s so much buzz surrounding blockchain technology—what do you make of it?

“It’s been called the fourth industrial revolution, and I truly believe that it is. Many seem to think that blockchain technology and cryptocurrencies are the same thing, but I think it’s very important to separate the two.

Blockchain technology itself has far wider applications, as it can power far more things than just a currency. For example, it has the power to revolutionize voting, identity, security, transactions, gaming, reputation and many more things. It enables decentralization, democratization and transparency, which in turn gives more power to the people. With this technology, you no longer have to trust a single, centralized institution to handle verifications.

In short, I think blockchain is here to stay, and I believe it will change the world as we know it. I’ve seen this first-hand as ShipChain has turned the transport and logistics industry upside down.”

You’ve mentioned ShipChain. How does your technology differ from everyone else’s?

“The existing shipping platforms depend on centralized solutions, but ShipChain uses blockchain technology to unify tracking and tracing. It’s a needed venture, as multimodal tracking is usually very fragmented.

Our platform makes shipping more efficient, more secure and more transparent. Another important part of our business is that the Ethereum blockchain allows for others to integrate into our ecosystem.”

With respect to freight and logistics, how are you guys making the world a smaller place?

“ShipChain is building a full solution to enable tracking from “farm to table” in one place. We use a fully integrated system across the entire supply chain, federated in trustless and transparent blockchain contracts.

With smart contracts, the purchasing process can be automated, transaction flow can be improved and the supply chain can be secured. This means costs can be cut and efficiency can increase. Ultimately, this leads to faster, cheaper and more secure deliveries to the end customer.”

Did your background prepare you for this kind of work? How did you get involved?

“I have been a blockchain advocate and cryptocurrency enthusiast for several years, and as an entrepreneur, I look for opportunities and solutions to existing problems. I know—and have worked with—the whole executive team in other ventures, and the stars just aligned in one of our group chats when the idea of ShipChain was born.

John, our CEO, was listing a slew of problems he had seen in the shipping industry, and since we all love blockchain technology, we decided that this was the perfect industry to implement it in.”

Last one: Based on experience, what do you see for the future of freight and logistics?

“Freight and logistics is an industry that will never go away. Items will always need to be tracked, whether they are sent via snail mail, drones or teleported straight to your living room; this has always been the backbone of any country, and it’s only getting bigger.

I have been attending several trade shows all over the world this year, and what I see is a lot of talk about AI, automation, IoT and big data. I think shipping will become highly automated, with autonomous vessels, trucks, robots and artificial intelligence systems handling more of the work.

That being said, blockchain technology will be a big part of the revolution, too, since information and transactions will need to be verified and stored in a secure and transparent ecosystem.”

Business leaders face decisions every day—many of which lead to important change. Still, it’s hard to tell what changes will fall short and which ones will gain traction.

Years ago, few guessed that cryptocurrencies and blockchain would create a change that’d stick around. Many people are still skeptical of the technology, and perceptions of its future range largely across industries and between individuals.

Only time will tell what the future holds, but Bitcoin was created less than one decade ago, and one Bitcoin currently equals 6,944.00 US Dollars. For reference, in May of 2010, you could purchase one Bitcoin for 0.008 US Dollars. In December of last year, Bitcoin’s price surged to above 19,000 US dollars.

Change requires time, and simply not enough time has passed in order to tell if sustainable change is on the horizon. For now, though, blockchain isn’t going anywhere fast, and entrepreneurs—like Rusani—are taking advantage of it while it’s here.

← SEO Shark: From Humble Beginnings to a Digital Success Ryan Van Wagenen Expands on the History of Bitcoin →