Their quarry is Proteostasis ($PTI) a company whose share price spiked after it reported favorable results on its cystic fibrosis solution, receiving the FDA’s breakthrough drug designation. Adrangi believes that report has flagrant flaws in how the biotech’s team interpreted the results. 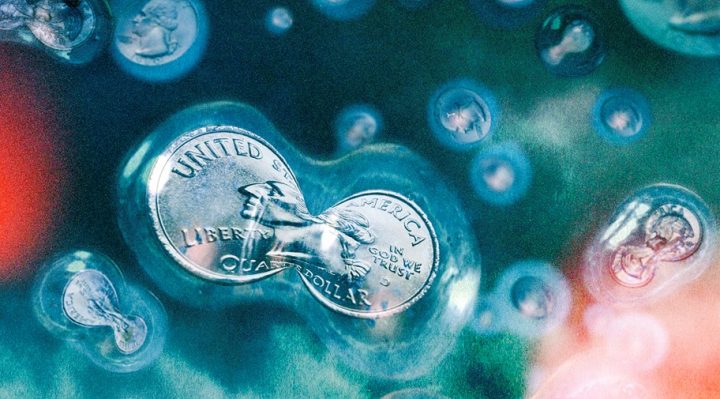 In a Phase II report, Proteostasis indicates that their drug, a CFTR amplifier PTI-428, caused a 5.2% increase in lung performance of cystic fibrosis patients. As a result, the Cambridge, MA-based biotech was put on the fast track by regulators to expedite the drug development. From an investor standpoint, the opportunity behind the breakthrough is the fact that Proteostasis could use this new drug in a cocktail to compete with the cystic fibrosis market that Vertex has historically been dominating.

However, according to Kerrisdale, the biotech’s claims are nonsense. When looking at the results, Kerrisdale found that the tiny increase in lung performance is largely attributed to a sudden 4 percent drop in lung performance of the placebo test group. In previous tests, there was never such a drop and there should never have been such a huge gulf between the two test groups. The huge gap was clearly due to a black swan event or poor testing procedures.

In fact, the report says that “if the placebo was flat and the drug was up 1%, no one would think that was good.”

On average, we calculate that the PTI-428 group improved by just 2.5%, while the (4-person) placebo group worsened by 6.7% – exactly replicating Proteostasis’ stated placebo-adjusted relative improvement of 9.2%. In terms of absolute changes, we estimate that the PTI-428 group improved on average by just 1 percentage point, while the placebo group worsened by 4 percentage points.

Even more alarming, Proteostasis’ results cannot be replicated in a larger trial.

Not only is the 5.2% increase in lung performance more accurately one percent, Kerrisdale notes that the team at Proteostasis has also ignored other data points during its study to promote the single false number. In fact, the Kerrisdale team notes that the lack of actual results on the report means that “almost certainly that the results aren’t good; probably because they didn’t do anything.” Other issues, such as sweat chloride, are dealt with messily or being outright ignored.

In fact, Sahm Adrangi calls into question whether or not Proteostasis can even measure their test results accurately:

Given the scarcity of CFTR mRNA and protein even in the airway epithelium, we doubt that Proteostasis can reliably measure its favored biomarkers, calling into question its fundamental understanding of its own drug. Indeed, we find it difficult to trust the company’s data, given its tendency to gloss over potentially negative facts. For instance, while a group of partially independent researchers have recently found that, in one in vitro model, PTI-428 failed to increase CFTR protein levels or functionality to a statistically significant degree, either on its own or when added to standard-of- care drugs, Proteostasis management has ignored the unpleasant results, even though three Proteostasis employees were co-authors on the paper.

The important question is now: how much is Proteostasis worth without the drug cocktail? If the drug results are proven to be overinflated, Kerrisdale values the company only to be worth its cash value, marking a 70% to 90% drop in market value.

Kerrisdale places no value on the misleading data and findings from the Phase II study, as information has been falsely blown out of proportion and is unusable.

Sahm Adrangi publicly announced Kerrisdale’s findings and shorted Proteostasis’ shares just hours after the Proteostasis announced that they were selling 9 million additional shares to raise funds. Since that time, Proteostasis’ share price dropped 13% before markets were opened and was down over 20% by mid-morning.