Will the sellers place pressures on the NZDUSD at 0.7047?

The pair has been lately oscillating between the bearish range of 0.7168 and 0.7093 as the sellers were able to make some good gains within such a channel formation. The buyers attempted to place greater pressures since the 28th of November 2016.

The latest stabilization of the price slightly above the 0.7047 area is a good indication that the pair may retrace to the downside.

The Stochastic oscillator confirms the downtrend condition showing that the price has greater chances of retracing lower at the 50 level. 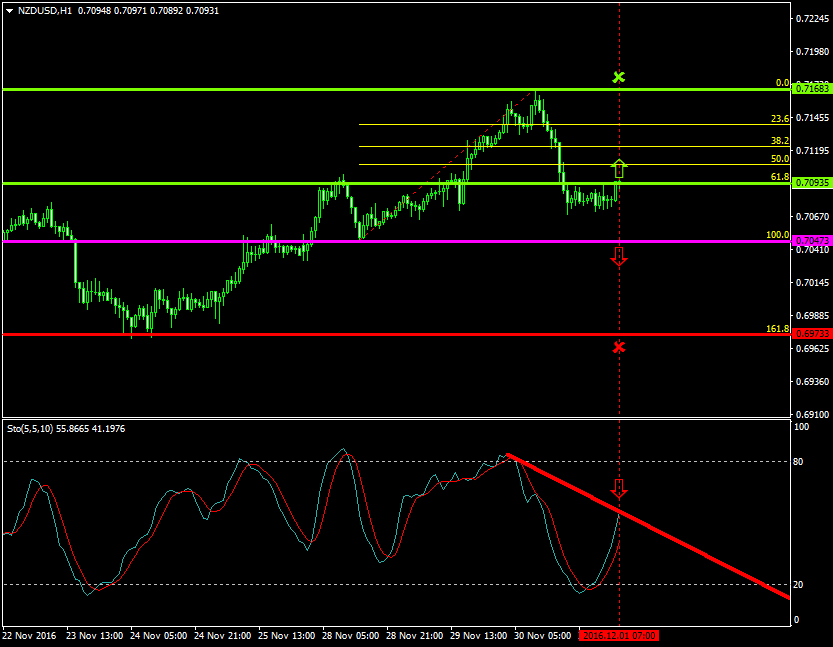 In contrast, in the scenario where the buyers place far greater pressures and the price stabilizes above the 0.7093 zone, the pair could appreciate to 0.7168.

ü  The Building Permits s.a (MoM) (Oct) release will have a medium impact on the New Zealand dollar

ü  The ISM Manufacturing PMI (Nov) release is expected to have a strong impact on the U.S. dollar