Abercrombie & Fitch (ANF) sales rose for the first time in over a year, pushing the company’s stock up over 13% in mid-morning trade on Thursday. The company’s efforts in remodeling its teen Hollister brand was the key behind the company’s growth. 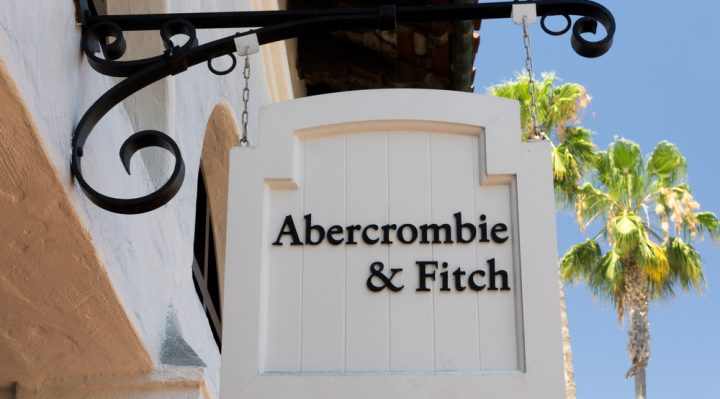 The company worked with top designers to bring consumers back into stores after losing market share to online retailers.

Hollister accounts for 57% of the company’s net sales. The clothing brand’s sales rose 1% on the quarter, surpassing a forecasted 0.7% decline. Comparable sales at Abercrombie’s tourist locations fell 5% overall in the final quarter of the year.

The company plans to close 60 underperforming stores in 2017 after closing 53 stores worldwide in 2016.

Abercrombie & Fitch stores net income fell to $48.8 million, down from $57.5 million. Net sales at the retailer missed expectations of $1.05 billion, posting $1.04 billion on the quarter. Net sales fell 7% for the retailer as a whole.

The company’s Hollister brand turnaround comes at a time when its stock has fallen over 60% in the last year. Analysts suggest that the company’s Abercrombie brand of clothing didn’t offer clothing to match its key demographic.

Abercrombie’s 700+ stores in the United States are up for lease renewals in 2018, marking 2017 as a pivotal point in the company’s future. The company has closed over 100 stores in the last 5 years, with a majority of closings in the U.S.

Losses due to store closings are not recaptured by the company, causing store closures to have no impact on sales growth at remaining stores. The company is working on new marketing strategies to help minimize store losses.

Online sales account for one-third of the company’s sales, up 28% in 2016. Abercrombie’s online sales offer a relative advantage for the retailer. The company plans to use the growth of online sales to determine how many stores fit into their long-term operations.