The news come after a rough week for insurance companies that exited both Virginia and Iowa Affordable Care Act insurance markets. The companies exiting noted financial losses and uncertainty in the political sphere, too. 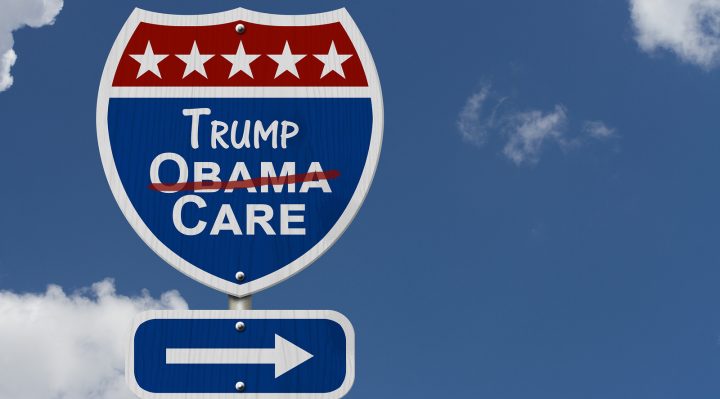 GOP senators have stated that they will rewrite the bill before passing it through with drastic changes expected.

Ryan touted the bill. This bill is less than 200 pages.  Obamacare is over 2,000 pages in length. Democrats argued that revisions to the bill were only posted within the last 24 hours before the vote was made. They also are upset that it is available for the public to see for only 24 hours while the main bill remained on the government website for months.

Ryan’s assured a quick pass of the bill through the Senate helped boost health care stocks.

Humana Inc. (HUM) stock is up 1.39 points, 0.61%, on the day. The company announced plans to exit the Knoxville, Tennessee market next year. The company’s stock was helped last week following a strong first-quarter performance. The company posted an adjusted GAAP of $2.75 per share, with full year expectations of at least $11.10 per share on an adjusted basis.

Humana’s Medicare Advantage unit helped the company boost its bottom line and accounts for the third of people covered by Medicare.

Magellan Health Inc. (MGLN) stock is up 0.63% on the day following an announcement that the company will present at the Barclays Pharmacy Benefit. The company’s stock also topped Q1 forecast, posting a profit of $17.7 million with net income per share of $0.74.

Aetna Inc. (AET) is up 0.47% on the day after a slight dip in early-morning trade. The company is announcing  that they are pulling out of the Virginia Obamacare market in 2018, as the company expects losses in the market. The CEO stated that he doesn’t expect a repeal of Obamacare.

Cigna Corporation (CI) and WellCare Health (WCG) stocks are both up 0.41% and 0.11% respectively. Anthem (ANTM) stock is down over 1% on the day, as the company tries to keep a deal to acquire Cigna on the table.

← David Davis: Brexit Divorce Bill Won’t Be Tens of Billions of Pounds 3 Reasons We Should Be Cautious on Oil →