Gold and Euro Slide as the Dollar Gains After ECB Report

Gold prices slipped on Wednesday as the dollar jumped against the euro on news that the European Central Bank (ECB) is planning to cut its inflation forecast. 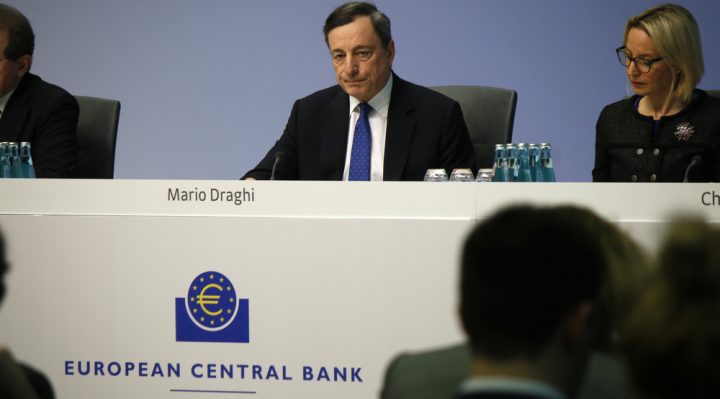 The dip marks an end to the yellow metal’s winning streak. Gold saw gains in the previous three sessions as investors fled to safe-haven assets ahead of market-moving events.

The euro dipped on news that the ECB is preparing to revise its inflation forecast. Weaker energy prices has forced the central bank to reconsider its inflation projections for 2017-2019.

While forecasts for core inflation were little changed, according to the sources, growth projections were expected to be upwardly revised to 0.1%.

ECB Report Predicted to be Dovish

The ECB report sparked speculation that the ECB would maintain its dovish stance. The central bank will release its updated projections on Thursday during its monetary policy announcement.

While the dollar was higher against the euro, the currency slipped to a seven-week low against the yen. Investors are remaining cautious ahead of Britain’s election and the ECB’s monetary policy decision on Thursday. Market players are also awaiting former FBI chief James Comey’s testimony before the Senate Intelligence Committee.

← 3 Takeaways from the Tesla NASDAQ:TSLA Shareholder Meeting 3 Reasons Behind the Sears Collapse →