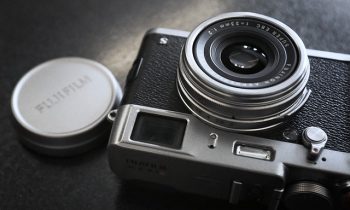 Fujifilm Xerox, a joint venture between Fujifilm Holdings and Xerox, announced Monday that three executives and its chairman would be stepping down. The announcement comes after the company discovered an accounting problem at its operations in New Zealand and Australia.

Kenji Sukeno, COO and President of Fujifilm Holdings, apologized and bowed at a press conference with other executives.

The resigning executives will leave their positions June 22 if their replacements are approved by shareholders.

Fujifilm Holdings has been investigating the way sales managers at Fujifilm Xerox reported income from its photocopier leases.

A committee, comprised of accounting specialists and lawyers, concluded that the managers overstated $340 million in revenue over a five-year period ended 2016.

The committee also investigated the accounting practices at leasing operations in other markets as well as Japan, but found no issues.

A whistleblower inside Fuji Xerox first reported problems in 2015 at the company’s New Zealand unit. The company disclosed the investigation in April, stating that it was looking into a 22-billion yen accounting discrepancy.

Fujifilm Xerox’s mishap is the latest in a string of accounting scandals that have embarrassed corporate Japan. The committee reported on Saturday that it had also discovered issues at its Australia unit.

The Fuji Xerox venture was founded in the 1960s as part of Xerox’s efforts to market its xerographic copiers in Japan. The two companies, Xerox and Fujifilm, shared ownership initially. Xerox sold half of its share to Fujifilm in 2001 when the company was facing financial difficulties.

According to Fujifilm, the accounting discrepancies affected profit from March 2011 through March 2016. The earnings impact for 2016 was  minor, the company said.

In January, Fujifilm increased its net profit projection for the year from 112 billion yen to 131.5 billion yen thanks to share sales gains.

Xerox, which now owns a 25% stake in the venture, said it would be reviewing the report and plans to obtain additional information on the issue.

“We were not involved in the investigation, including determining its scope and timing, and are therefore reliant on Fuji Xerox and Fujifilm to provide information to us,” said Xerox in a statement. “As a result of this new information, we anticipate having to reflect the increase in the adjustments in our financial statements…”

Xerox says that because it’s a minority investor, it has “limited contractual and other rights to information with respect to Fuji Xerox matters.” The company says it cannot provide assurances as to the outcome of government investigations or the consequences of such investigations.