The USDCHF pair has been, since the 15th of November 2016, oscillating within a downside formation between the range of 1.3541 and 1.3395 respectively.

Will the bears take control over the price or do the buyers have something else in mind?

Today’s major pivot point area is the 1.3395 level where the sellers will likely take their chances to shift the price more to their favour.

The latest stabilization of the pair close to the 1.3395 level is a good indication that the sellers may exert greater pressures to force the price to the downside.

The Stochastic oscillator has also confirmed that the price could aggressively drop at the 60 zone.

In the scenario where the pair decelerates, the price could fall to 1.3306. 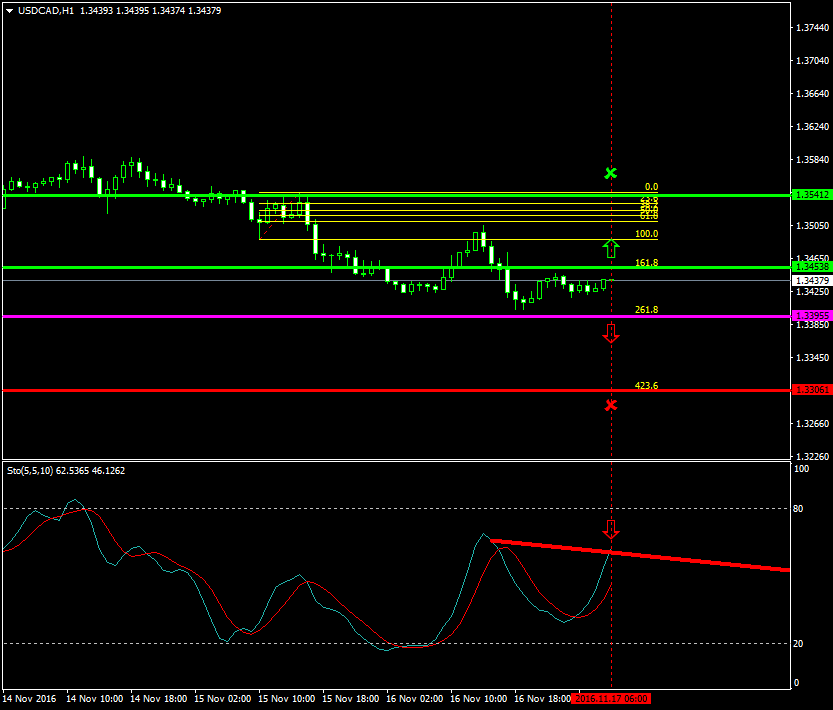 Alternatively, in the event where the sellers are not able to hold the price close to the 1.3453 level, and the buyers place greater pressures, the pair could rise to 1.3541.