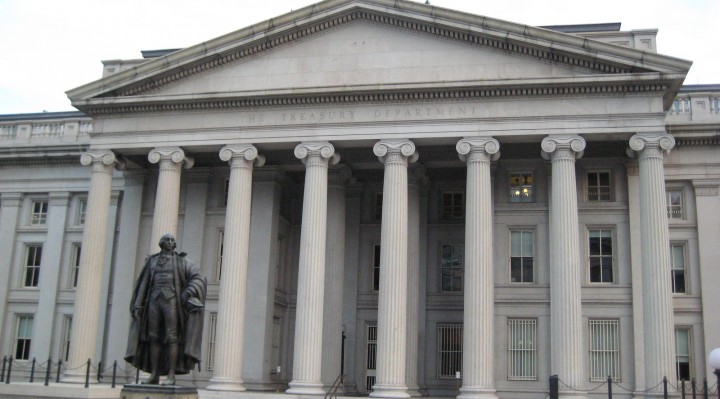 U.S. stocks were little changed on Monday as volatility in the global financial markets settled. Central banks have made the decision to keep rates lower for longer, which has eased investor nerves that rattled markets earlier in the year.

European shares slid. The Shanghai Composite Index climbed over the 3,000 mark for the first time in two months on speculation of looser margin-lending curbs. Treasuries fell, crude fluctuated at $39.50 a barrel, and the pound retreated as tensions in the Conservative Party intensified.

The S&P 500 Index gained 0.1% in morning trading, adding to five straight weeks of gains that wiped out losses at the start of the year.

Deals helped boost the market, but gains were slightly offset by a slump in materials and utilities shares.

Shares for Valspar Corp. (VAL) soared as much as 24.68% after Sherwin-Williams Co. (SHW) agreed to purchase the company in a $9.3 billion deal.

Valeant Pharmaceuticals International Inc. (VRX) tumbled on news of a shakeup in its board.

Since falling to a low on February 11, the S&P 500 has rebounded 12% as crude prices rallied and optimism over monetary policies grew. Recent gains have been led by raw material producers and energy, which climbed to a three-month high after the dollar fell last week.