Just Why Are Singaporean Kids So Smart? 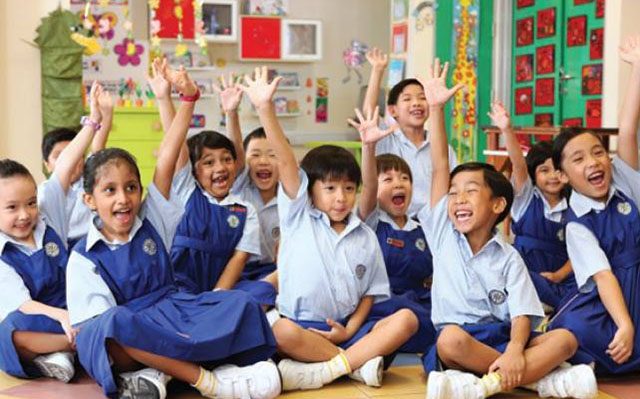 Singapore is a small country, just 278.6 square miles in size and the 176th largest country in the world. Established in 1965 when it won independence from Malaysian rule, Singapore has very little in the way of natural resources to develop. Yet despite its size and lack of natural resources, Singapore, with a population with less than 6 million is making waves all around the world in a number of fields. Some of the achievements that Singapore can boast:

It’s in the Education

But there is one achievement that Singapore leads the world in and is virtually peerless. According to the OECD ( Organisation for Economic Co-operation and Development), Singapore is the world leader in education.

As a country Singapore has an impressive 97.2% literacy rate, its teenagers have come first in the  worldwide PISA tests for the last years running The Programme for International Student Assessment (Pisa) gives educational rankings centred on international tests undertaken by 15-year-olds in science, reading and maths, and Singapore is the world leader. So, how does a tiny country with no natural resources, dwarfed by the economic giants of China and Japan, produce such smart kids and such a bustling, thriving economy?

Singapore turned its weaknesses into its strengths. Without any oil, gold, gas or minerals to speak of, when Singaporean authorities turned to the only resource they could – human resources. The Singapore governments from 1965 onwards invested heavily into education, placing great emphasis on getting results. Currently 20% of its GDP is spent on education – both private and public. And that’s the thing, the Singaporean education system does not end when the school bell signals the end of the school day. Private tuition is big business in Singapore with one poll conducted in 2008, showed that an incredible 97% of students had private tuition outside of school.

Singapore looks out for its children’s education, places huge priority on it and backs their education with hard investment. It’s children receive some of the best education the world and the result is an education system and an economy that is envied all around the world.

Want your kids to be smart? Either move to Singapore or send your kids to the schools and/or their private tutors. It works!