Is the 1.2124 level sellers’ opportunity on the GBPUSD?

The GBPUSD has been mostly oscillating, since the 7th of October 2016, within a bearish formation between the range of 1.2478 and 1.2124 respectively.

The price is now oscillating slightly above the 1.2124 zone which is today’s major pivot point area.

In the condition where the pair stabilizes below the 1.2124 area, the price could be forced to decline to lower zones such as the 1.1917 level.

The Stochastic oscillator also confirms that the price has greater chances to retrace and decline at the 25 level. 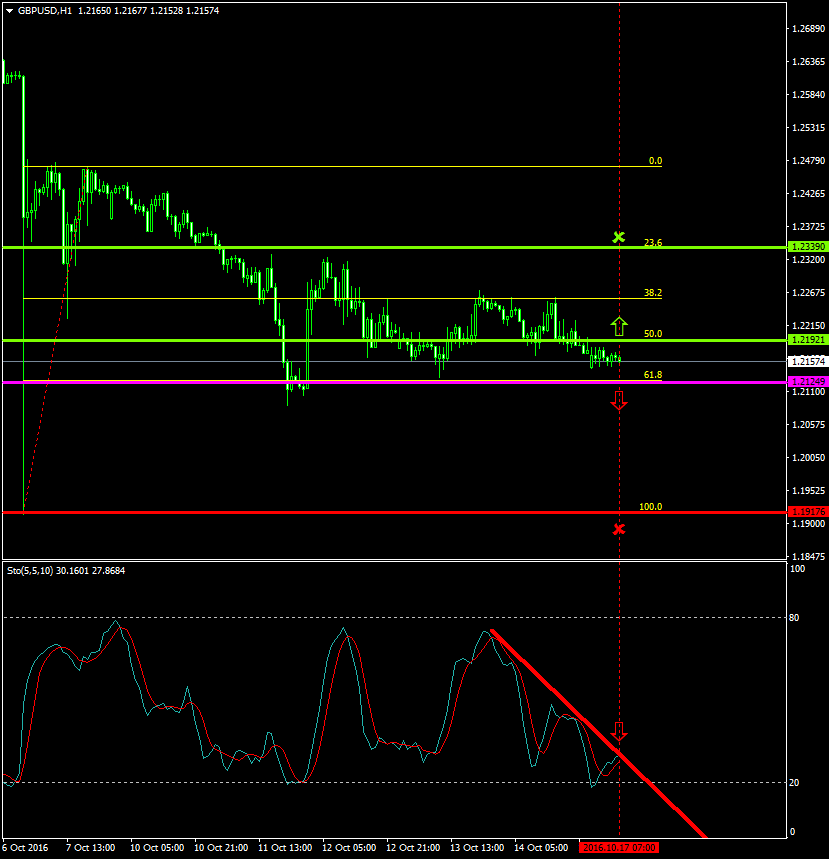 Alternatively, should the buyers take the lead and boost the price above the 1.2192 area Fibonacci’s 50.0% the pair could appreciate as high as 1.2339.