The price is in a constant acceleration mode as the buyers have been able to patiently and steadily lead the pair to higher zones.

Stabilization and minor bullish attempts are surfacing again below the 145.98 level which is today’s major pivot point area.

In the condition where the bulls are able to lead the price above the 145.98 zone and exert greater pressures, the pair could appreciate to 147.89.

Similarly the Stochastic oscillator indicates that the pair has greater probabilities of retracing to the upside at the 70 level. 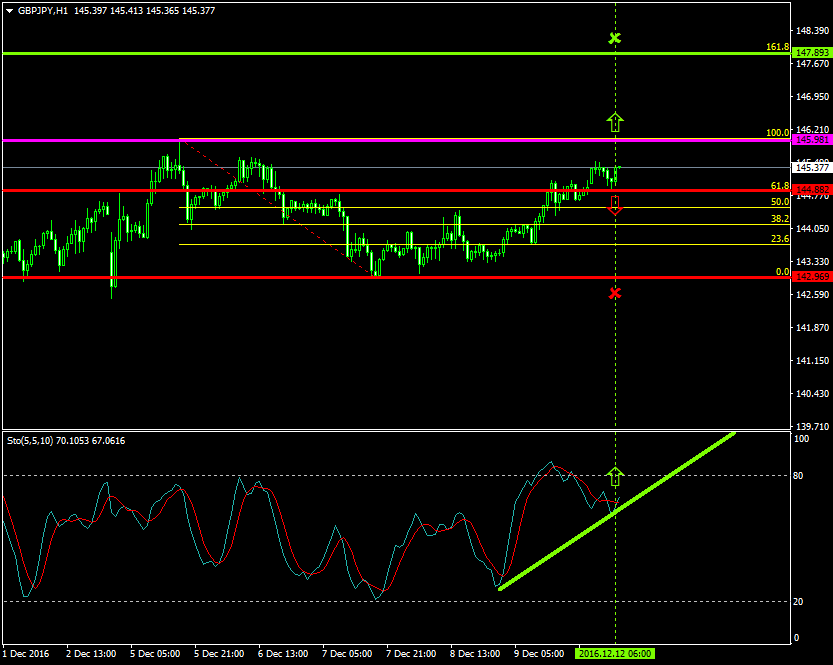 In contrast, in the scenario where the pair drops to the 144.88 area and the bears place more pressures, taking advantage of the bearish volatility, the price could decelerate to the 142.96 zone.