Will the EURUSD fall at 1.0433 or are the buyers taking over?

The EURUSD stabilized below the 1.0433 zone, Fibonacci’s 161.8%, where the sellers will likely place pressures to take control over the price.

The price, since the 14th of December 2016, has been mostly oscillating within a downside pattern between the range of 1.0670 and 1.0433 respectively.

The latest formation and stabilization below the 1.0433 level is a good indication that the sellers may take control over the pair in today’s trading session.

In the event where the pair drops and the sellers take over, the price could decline to 1.0288.

The Stochastic oscillator’s main and signal lines indicate that the price has greater probabilities to decelerate at the 60 zone. 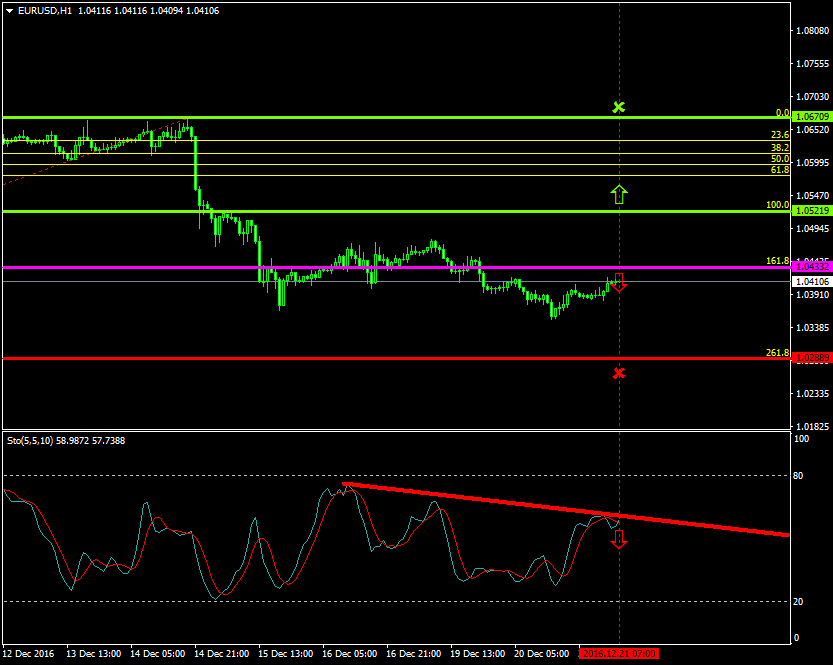 Alternatively, in the scenario where the bulls are able to place greater pressures and the pair breaks above the 1.0521 area, the price could rise to 1.0670 Fibonacci’s 0.0%.