The pair has been recently oscillating between the range of 116.00 and 114.00 as both the buyers the sellers were able to overtake and lead the price.

The sellers attempted to place greater pressures since the 9th of November 2016 and were indeed the big gainers with a profit of around 200 pips to their favour. Today’s major pivot point area is the 115.22 level.

The latest stabilization of the pair slightly close to the 115.22 area is a good indication that the price may retrace once again to the downside.

In the event where the pair drops, the sellers could lock their profit at 114.00.

The Stochastic oscillator confirms the downtrend formation thus showing that the pair has greater probabilities of retracing downwards. 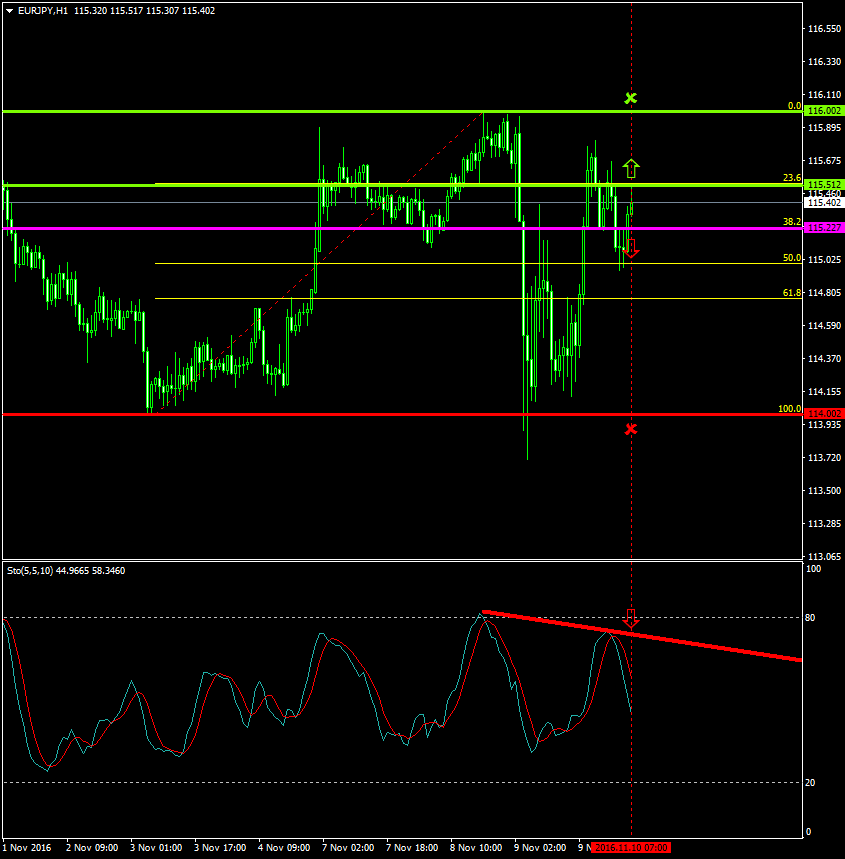 In contrast, in the condition where the bullish pressures get more tensed and the pair breaks above the 115.51 level, the price could rise to 116.00.