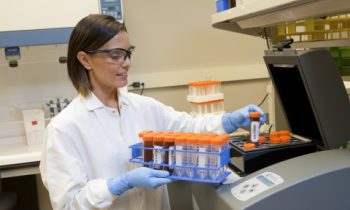 The company’s stock prices have been on a downward spiral since it released a colon cancer screening test called Cologuard. Shares fell from $27.50 in 2015 down to under $7.5 per share in 2016.

The rally is a readjustment for the company’s stock and a rebound that investors have been highly anticipating.

Cologuard has struggled because the test has had issues with reimbursement. The challenge has become less of an issue as Exact Sciences forecasts sales of the test going from $39.4 million in 2015 to a minimum of $90 million in 2016.

Exact Sciences is still pegged to lose money this year, which remained a concern among investors. The company has an operating cost of $214 million, which will overshadow the projected sales boost of Cologuard.