So What Exactly Went Wrong With Snap Inc NYSE: SNAP?

by Anthony Young | @ | May 11, 2017 11:27 am
Snap Inc NYSE: SNAP maiden earnings call disappointed investors. After a $24 billion IPO, the company’s losses amount to $2.2 billion. This loss includes a payment of $750 million to the CEO Evan Spiegel. Snap’s shares are now closer to $17, its IPO price. Though a loss was expected, it is slow growth in user base that is terrifying investors. 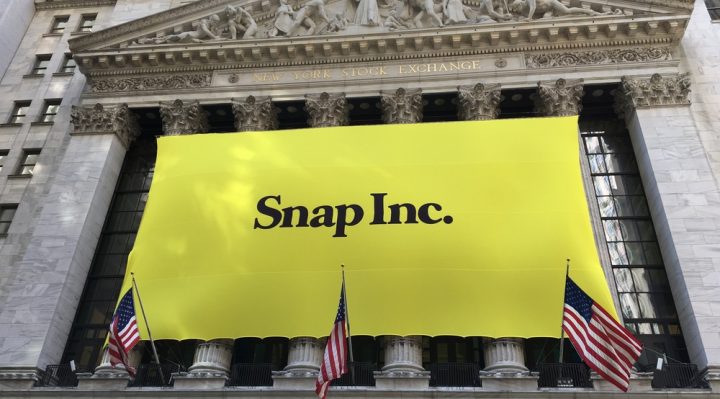 Let’s talk about Snapchat’s numbers before we consider its misery. The company released its first earnings report since going public and the picture looks glum. The app’s daily active users grew by only 5 percent in the first quarter of 2017, hitting 166 million users per day. In Q4 of 2016, the company had 158 million daily users with a 3.2 percent growth rate. While the numbers look positive, they show bleak growth too. Note that the company’s year-over-year growth went down from 48 percent to 36 percent.

Snap’s revenues are dependent on the domestic market. In the latest quarter, the company could add only 3 million new users. The numbers were same for Q4 2016 as well. This leads investors to believe that the growth of the company has stalled domestically, where it earns its revenues. International numbers are not very exciting too.

After the release of the earnings reports, the share of the company’s shared slumped. After-hours trading data shows a 24 percent fall in the share price. Investors are not confident about the growth of the company. Therefore, the stock is trading at its lowest valuation after going public i.e. $18.19.

When we look at the competition, we find that Facebook is a tough nut for Snap to crack. Facebook recently launched a copy of Snap’s stories into its app. Even WhatsApp, a Facebook owned app, now has stories. However, the biggest competition for Snap is Instagram- another app owned by Facebook.

Snap Inc NYSE: SNAP is aware of the aftermath of its disappointing numbers. The company released the DAU graph with a label titled ‘3 billion+ daily snaps created’ slapped on top. Clearly, Snap is trying to woo investors by suggesting that it has high levels of engagement with the users. Investors are not buying it.