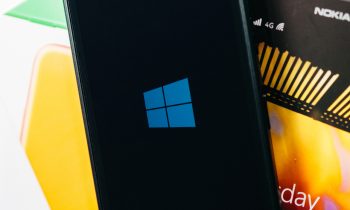 Nokia (NOK) announces that the company intends to purchase Comptel Corporation for $370 million. The two companies entered into a Transaction Agreement on February 8, 2017 to purchase all outstanding and issued stock of Comptel. Nokia will pay shareholders €3.04 in cash for each share owned.

The company’s software is used to process 20% of mobile data usage in the world. The software is available in 90 countries and is used by more than 300 operators. Nokia’s acquisition will help the company guide its operations that are declining to diversification.

Strategic investments will allow Nokia to build its software business.

The Comptel acquisition allows Nokia to solidify its existence as a software company. Nokia was the previous biggest handset maker in the world. The company’s lack of innovation led to its fall from the leader in mobile phones to a small player when the smartphone came into existence.

Comptel’s assets and solutions will be built into Nokia’s own carrier solution business, which aims to help carriers automate their network and businesses. Self-optimization, customer service and management will be key parts of the company’s combined offering.

The two companies are both Finland-based, and will combine to compete against Ericsson and Cisco. Company executives state that the combined company will be able to compete head-to-head against current market leaders. Nokia has worked to rebrand and grow their product portfolio over the past five year period.

Comptel brings a list of clients and a network of people to sell Nokia products, too. The company’s new software technology will become an integral part of the Nokia company.

Investors trading assets will want to focus on carriers and company’s involved with Comptel as hot trading options on exclusive CFD platforms, such as Opteck.

Nokia’s licensing deals allowed the company to transition into a software entity. The company’s vast IP allowed Nokia to survive as a company that exists based on its past performance and intellectual property. The company offloaded Here for €2.5 billion and acquired Alcatel Lucent in a $17 billion deal to move into an IoY company.

The offering for Comptel is a 28.8% premium of the company’s current value.