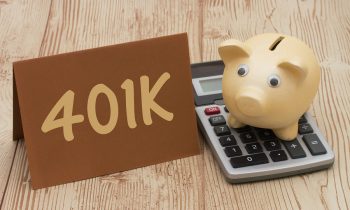 Dividing a 401(k) account in a divorce may come with a hidden fee. Couples may encounter the fee when processing a QDRO (qualified domestic relations order), which is used to transfer the assets into a defined-contribution account.

When at least one spouse has a 401(k) account, a QDRO is put in place as part of the divorce settlement. The court determines the percentage of the balance given to the non-owning spouse, and once finalized, a QDRO is drafted. The order allows the plan’s custodian to distribute the funds in the specified amount.

Employers sometimes include the fee into the cost of the plan, which is split evenly among colleagues. Other employers charge a separate fee for QDROs.

But when a third party is used to manage the record-keeping and administrative details of a 401(k) account, the cost to process a QDRO can start at $300 and stretch to $1,000 or more. The fee is charged in addition to the lawyer’s fee to prepare the form.

Divorce practitioners typically do not handle the preparation of QDRO forms, and instead hire an experienced QDRO professional.

Plan sponsors, or companies that offer 401(k) plans, may face legal action for charging excessive fees. Some lawyers have already filed suit against some plan sponsors.

Legal experts also argue that sponsors may be breaching fiduciary duties by not attempting to negotiate lower fees.

Thus far, litigation has focused on record-keeping costs and investment fees, rather than QDRO fees.

Some lawyers argue that QDROs allow plans to charge whatever they want without any consequences.

Stephen McCaffrey, chairman of Plan Sponsor Council of America, told Bloomberg a QDRO fee of $500 to $1,000 is reasonable. McCaffrey said lawyers “don’t have a clue about what needs to be done and the time it takes to do it.”

Attorneys are often unaware of the fee. Clients, who are already paying attorneys thousands of dollars, become frustrated when they receive an additional bill for a $1,000.

Some QDRO experts say many companies no longer charge participants a QDRO fee.

Major third-party administrators, like Fidelity, charge higher fees than companies that act as middlemen between plan administrators and lawyers. Fidelity has not changed its fees in five years. The company says it does not have competitive fee data and is not aware of any “negative feedback” from consultants.