Halliburton Company NYSE: HAL stock is up 0.51% on Monday morning, as the company beat on Q1 2017 results. The company posted a loss of just $32 million on the quarter, much better than the $149 million loss posted a year prior. 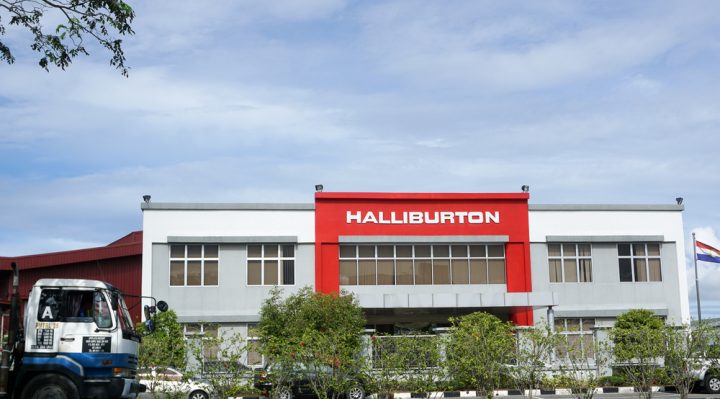 United States drilling activity helped push the company’s revenue higher. The land rig counts increased by 27% and land revenue increased by 30% on the quarter. First-quarter revenue in North America was up 24%.

Halliburton previously warned investors last month that weak demand outside of North America and rising costs will impact their initial estimates. International revenue is down 8% due to seasonal declines. The company noted cyclical headwinds, causing international revenue to slump.

Latin America revenue helped boost the company’s bottom line, rising 8% sequentially in the first quarter. The company’s operations in Brazil and Mexico were the main growth drivers in the region. The company notes that there are challenges in the region that need to be overcome for growth to continue to be positive.

Production revenue in the first quarter of the year was $2.6 billion, rising 15% from the previous quarter. Halliburton Company NYSE: HAL’s focus on utilization of their land market in the United States helped to offset headwinds in the Gulf of Mexico. Improved pumping pricing also factored into the company’s strong performance to start the year.

International revenue came in at $2.0 billion on the quarter. The company noted a decline in activity for their landmark, project management and fluid services. The company also suffered from lower software sales across all regions, which impacted the company’s drilling and evaluation segment.