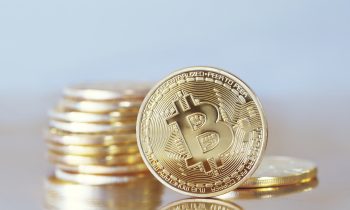 The dollar rose against a basket of other currencies on Tuesday, as the greenback strengthened ahead of speeches from Federal Reserve chair Janet Yellen and European Central Bank president Mario Draghi. The speeches, due later this week, have traders waiting to dissect comments to determine potential future interest rate hikes and stimulus measures from the ECB.

Traders shrugged off early week difficulties, as the greenback hit session lows before rebounding on Tuesday. Forex investors have shifted their focus to tensions between the United States and North Korea.

Draghi, slated to give his speech on Friday, will discuss monetary policy. The speech will provide investors with much needed insight into the ECB’s monetary policy and measures to reduce risks over the euro rising too quickly.

A fast-rising euro can negate the ECB’s efforts to control inflation levels.

Yellen will speak at Jackson Hole on Friday, where she is expected to provide clues on potential future interest rate increases. The central bank hinted at a potential interest rate hike before the end of the year.

Core retail sales rose 0.7% on the month, up from a 0.1% the month prior. Analysts expected core sales, which excludes automobiles, to increase by 0.3% in June.

Bitcoin slipped to a seven-day low on Tuesday, falling below the $4,000 mark before rebounding and sitting at $4,006.7 in mid-day trading. The price fell to its lowest level since August. The digital currency hit a low of $3,600 briefly on the Bitfinex exchange before rebounding to $3,925 and rising.

Bitcoin’s market cap hit near $65 billion after the currency unexpectedly rose to $4,489 on August 17 before pulling back.

Ethereum, the second largest cryptocurrency, rose 4.15% on the day to $309.48. The currency rose after backing from the Russian government and has been the fastest-rising digital currency, not including bitcoin.

Bitcoin Cash, a bitcoin alternative that’s a new player in digital currencies, rose to as high as $735 on Tuesday after hitting a high of $935 on Saturday. The currency rose nearly 400% since its first day of trading when the currency opened at $210.

Ripple, another alternative, rose over 14% on Tuesday.