Ford Motor Company (NYSE:F) ingenuity has this time found its way in the creation of a new self-balancing tire-based unicycle. A recently filed patent details a system, which takes existing road wheels of a vehicle, attach a rod frame and seat, to create a compact unicycle. 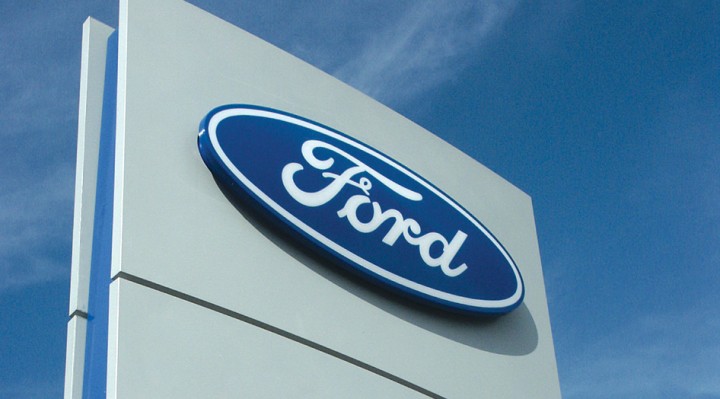 With the new system, drivers should be able to drive to a satellite parking facility and ride their one-wheeled electric bicycle the rest of the way. It is an invention that goes a long way to ease congestion on roads by freeing up vital space in busy streets. Ford Motor Company (NYSE:F)’s electric unicycle comes with a complete frame set and handlebars.

All a user would need to do while in a parking facility is jack their car using the self-contained supporting system to remove a tire for the unicycle. Even though the patent drawings detail one tire being used, Ford Motor Company (NYSE:F) says, all the four wheels could be used to create four unicycles.

Ford Patent application also details an integrated jack system that can lift the vehicle to allow for easy removal of the tire or tires. The system is integrated into the vehicle itself. The use of an in-wheel electric motor for the unicycle could point to a future electric vehicle powertrain.

The set up according to the automaker should act as a Multi-modal transportation system even though it foregoes weather protection offered by other transportation means.

Ford Motor Company (NYSE:F)’s new bike-in-a-car is somehow similar to Honda’s Motocompo ‘Trunk Bike’ offered in Japan in the early 1980’s. In its application, the Detroit-based automaker says the unicycle could provide commuters a reliable way of making the last leg of a journey in crowded cities

It is still unclear whether Ford Motor Company (NYSE:F) will move the patent to production. As it stands, it is only a patent application. The system could end up being a concept car at auto shows with the view of stocking consumer’s imaginations.