European Markets End the Week Down 1% 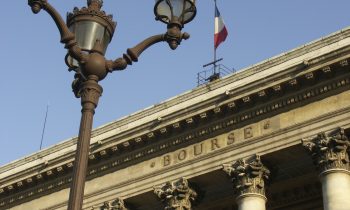 European markets ended the week down 1%, with mixed results on Friday in choppy trading. Investors remained cautious this week amid increased concerns of the ongoing global bonds sell-off and the U.S. Federal Reserve’s November policy meeting next week.

While the Fed is expected to hold rates due to the upcoming presidential election, the central bank is expected to raise rates at its December meeting.

Paris’ Sanofi posted a strong third quarter and boosted its forecast for the year, which sent the stock up 3.49%.

Other big moves include Saint-Gobain, which soared 5.69% after posting strong organic growth for the first nine months of the year. British Airways also jumped 5.98%, as investors shrugged off its lower earnings forecast for the year.

BNP Paribas was also up on positive earnings, gaining 0.64%.

The Royal Bank of Scotland was under pressure after posting a loss for the last quarter, falling 1.2%.

Copenhagen’s Novo Nordisk plummeted almost 15% after posting poor results for the first nine months of the year. The company lowered its guidance for sales growth and operating profit for the year.

“Earnings season is just getting underway, so trading may continue to be choppy next week,” said a representative for a leading forex signals provider.

Economic data from this week will also impact market moves next week.

German inflation data rose to a two-month high in October, according to preliminary data.

France’s GDP expanded by 0.2% and inflation remained stable in October. Consumer prices were up, but spending fell. Household consumption was down 0.2%. Producer prices rose slightly in September, climbing by 0.1% month-over-month in September.

In Spain, economic growth eased in the third quarter. GDP was up 0.7% in the last quarter, lower than the 0.8% growth seen the previous quarter.

Consumer confidence in Britain was weaker in October, with the consumer sentiment index falling to -3 this month. The index was at -1 in September.