The company posted a first-quarter profit of $2.57 billion with a net income of $0.53 per share. 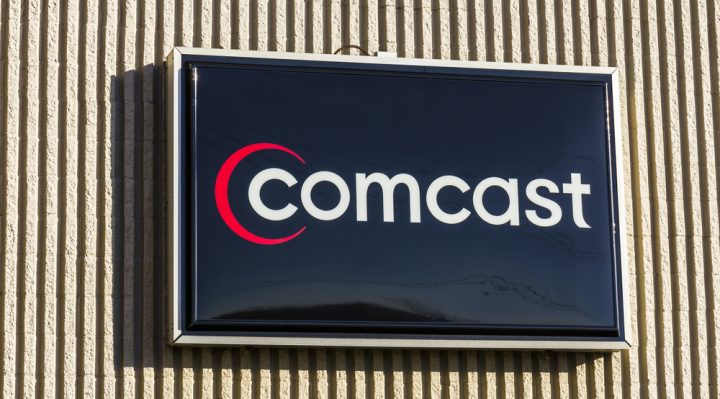 Wall Street expectations had the company’s earnings at just $0.44 per share on the quarter. The company posted revenue of $20.46 billion, also beating estimates of $20.11 billion. The news sent the company’s shares soaring over 3% in early morning trade on Thursday.

Comcast received a major boost in revenue from NBCUniversal’s film studio, theme parks, licensing and cable content. The unit experienced a 14.7% gain in revenue on the quarter, up to $7.9 billion in all divisions. The unit’s adjusted earnings came in at $2 billion, up 24.4%.

The company’s film division was a major driver of growth, with adjusted earnings of $367 million and a 43.2% increase in revenue. The company’s major hits include “Split” and “Sing,” among several others.

NBC Universal’s cable network also outperformed, with a 7.6% increase in revenue to $2.6 billion. The adjusted earnings for the unit was up 16.8% to $1.1 billion. The company’s content licensing revenue was up 54%, helping to offset a 2.9% decline in advertising revenue.

Comcast CEO Brian Roberts said “2017 is off to the fastest start in five years.”

Theme parks also performed well, with revenue of $1.1 billion, a jump of 9%. Comcast’s cable revenue rose to $12.9 billion, marking an increase of 5.8% on the quarter. The division experienced 420,000 broadband subscriber additions and 42,000 new video subscribers. Adjusted earnings rose to $5.19 billion, up 6.3%.

Comcast also plans to move into the wireless industry later in the year, sparking rumors of the company possibly looking to buy a U.S. carrier.

← Why is Trump Clamping Down on Offshore Earnings? Ford Motor Company NYSE: F Maintains Outlook, Beats Analyst Expectations with $39B in Revenue →