On Wednesday Chipotle Mexican Grill, Inc. (NYSE:CMG) had more bad news as it received a subpoena in the ongoing foodborne illness criminal probe. 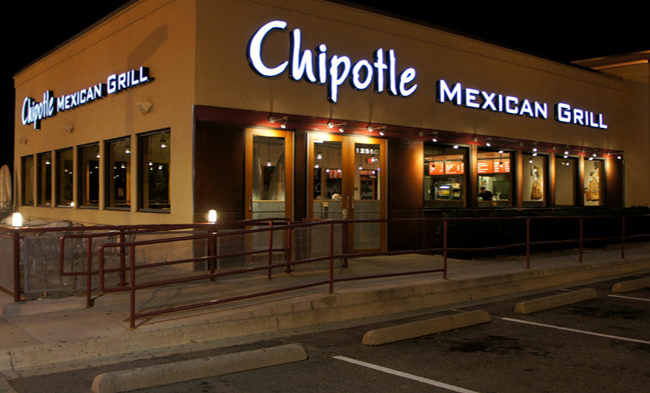 The burrito-chain had been under investigations for several months, after an outbreak of foodborne illness in its US outlets.

The first instance of E.coli was reported in October and ever since the shares of the company have been on the decline. On Wednesday the price reached the lowest in over 2 years.

Chipotle Mexican Grill, Inc. (NYSE:CMG) has since filed a drop of 14.6%, in fourth-quarter same-store sales. It had earlier predicted a percentage drop of 8% to 11%. The decline in same-store sales is for the very first time since January 2006.

The commencement of the criminal investigation by the US Department of Justice as well as the Food and Drug Administration resulted in the Chipotle Mexican Grill, Inc. (NYSE:CMG) subpoena in December.

The main cause of foodborne illness was identified as Norovirus. Since this is very contagious because it spreads when infected workers touch raw ingredients before service.

The going got tough for the fast food-chain with the detection of food contamination as the cause of the outbreak. Sales dropped and it had to divest much of its inventory and also test its ingredients in laboratories.

There was worse news in December. As many as 120 students at the Boston College took ill due to norovirus incident in Massachusetts. The Justice Department has declined to comment on the investigations. It will soon be decided by a federal grand jury, whether charges are to be pressed against Chipotle Mexican Grill, Inc. (NYSE:CMG) due to the case. As part of the proceedings the company will now have to provide investigators with documents to establish the sickness caused in 200 people and 17 workers in Simi Valley, California.