American International Group Inc (NYSE:AIG) is considering spinning off its mortgage insurance business as it tries to fend off activist investors pressure. Led by Carl Icahn, the activist investors are pushing for a split of the company into three business seen as the only way the company can unlock shareholder value. The mortgage insurance business accounted for 7.4% of the company’s operating income for the nine months of 2015 fiscal year. 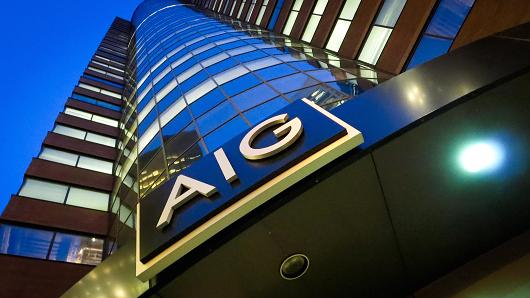 The proposed spin-off could become clear when the company tables its strategic plan for the year according to people familiar with the matter. American International Group Inc (NYSE:AIG) is also considering partial asset sales as one of the ways of appeasing activist investors according to the sources. According to the sources, the company is also set to shed more light in the proposed sales of the Advisor Group division

Some of the businesses seen as potential spinoff units include the Valic Arm that deals with retirement money for teachers as well as the annuity unit Sun America. CEO, Peter Hancock is at crossroads with the activist investor having vehemently rejected calls to split the company into three separate businesses.

American International Group Inc (NYSE:AIG) find itself in a tight spot amidst growing activist investor resentment as most of them call for drastic changes to revitalize growth. Its cost structure is a point of concerns to many investors as its underwriting operations continue to fall from falling rates of commercial property and casual insurance.

Icahn, for instance, has been pushing for the divestitures of three units with the aim of making the company smaller and simpler. The activist investor has especially been vocal on the need to shed the non-bank Systematically Important Financial Institution as it attracts too much scrutiny from regulators. Icahn holds a 3.4% stake in the company making him the fifth-largest shareholder in the company.

Pressure to slim down comes on growing concerns over the regulatory environment. American International Group Inc (NYSE:AIG) is one of the insurers closely watched in the regulatory circle especially on being bailed out at the apex of the financial crisis in 2008. MetLife has already budged into regulatory pressure having confirmed plans to split a portion of its US retail business from the core company.