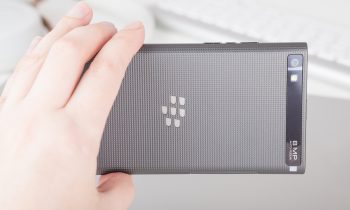 BlackBerry (BRRY) released their Q1 earnings on June 23 with mixed signals. Non-GAAP revenue missed expectations by $47 million, falling 36% on the year to $424 million. The company’s annual meeting provides insight into its operations and provides hope for investors worried about global economic turmoil.

Three key takeaways from the company’s annual meeting are:

The company’s revenue may be struggling, but BlackBerry’s software and services growth is projected to reach 30% over the coming year. The sector accounts for 24% of the company’s top line and hit $527 million, outpacing the company’s estimates of $500 million.

If annual sales continue to fall and the company’s software growth is able to maintain the 30% growth target, the unit will account for 40% of the company’s overall top line.

BlackBerry has done well to cater to the enterprise market. The company has focused on enterprise mobility solutions to help companies manage Windows Phone, Android, iOS and BlackBerry devices.

The shift did not include the company trying to restore BlackBerry to the top of the mobile market.

BlackBerry is dominating the enterprise mobility market with a 20% market share. During the meeting, the company noted that nearly 10,000 enterprises use the company’s software services.

The company stated that they hold nearly 40,000 patents in their portfolio. Such a massive patent inventory can be leveraged to help BlackBerry grow and add depth to its earnings.

BlackBerry can license the patents out, much like Nokia (NOK) did with their patent portfolio, to make revenue through licensing fees.

Nokia set up an entire company to deal with its patent licensing division, which posted revenue of $164 million in Q1 2015. BlackBerry can follow the same patent licensing path in the future.