Apple’s Developer Conference Will Be All About Siri 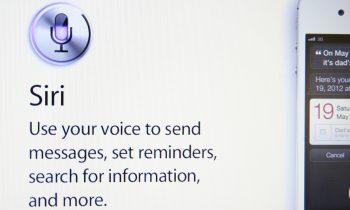 Apple (AAPL) kicks off its annual developers conference on Monday, but all eyes will be on Siri. The company is expected to reveal an updated version of its famous digital assistant during its WWDC (Worldwide Developers Conference) event.

Tim Cook will open the event with a keynote address at 1 p.m. ET.

Rumors are swirling that Siri may be included in the Mac ecosystem, which would put Apple in line with other major tech companies that are integrating artificial intelligence into tablets, smartphones, dedicated devices and computers. The Echo from Amazon (AMZN) and Alphabet’s (GOOG) upcoming Home device are two dedicated devices that are helping to drive the industry forward.

Siri pioneered the digital assistant movement in 2011, but Google and Amazon are expanding on the technology. Both companies are expanding their dedicated devices’ technologies with the help of third-party apps. Similar to smartphone apps, these programs help the device perform more tasks, like booking plane tickets and controlling smart homes.

Apple has refrained from releasing the code needed for outside developers to create apps for Siri. That’s expected to change on Monday at the conference.

Analysts are expecting Apple to not only open Siri up to third-party apps, but also integrate Siri into the OS X operating system.